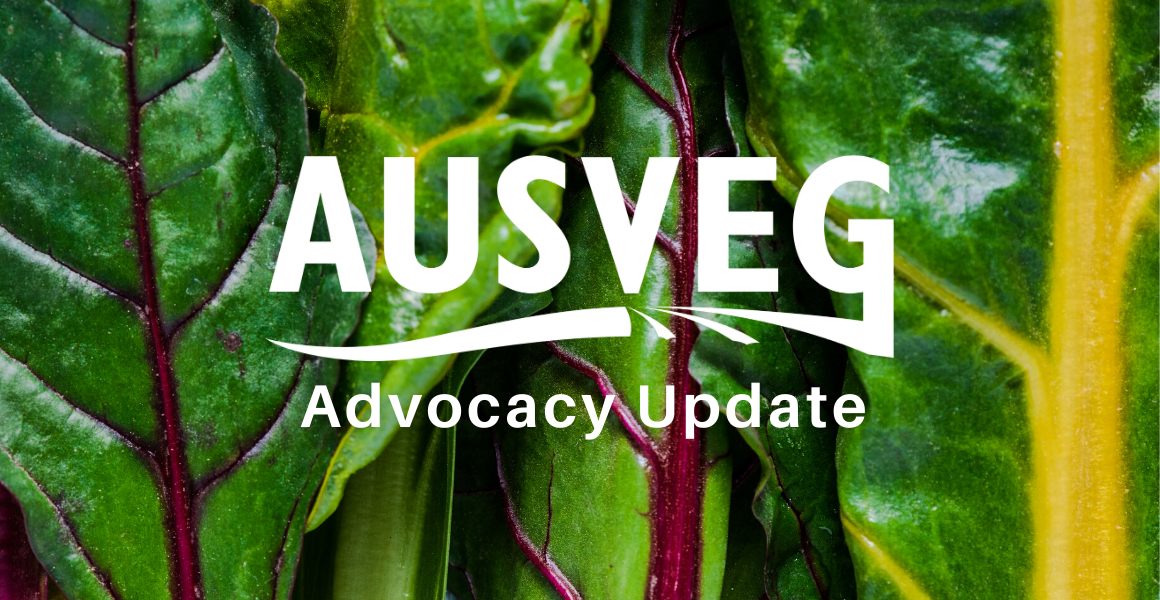 It’s been a busy few weeks in horticulture.

Last week AUSVEG National Public Affairs Manager Tyson Cattle and AUSVEG Chair Bill Bulmer spent the week in Canberra talking to various members of Federal Government for the industry’s desperate need for workforce solutions – both in the medium-term and immediate-term.

With the Morrison Government announcing its commitment to deliver on a Seasonal Agriculture Visa following the decision to remove the 88-day requirement for British travellers as part of the UK-FTA negotiations, it was a critical time for industry to be in front of decision makers.

AUSVEG has been advocating for some time its 4-point plan for Horticulture Workforce.

The four points are:

A briefing paper can be viewed here.

Following the meetings, AUSVEG was left positive that industry should see some excellent results that will hold industry in a great position for years to come.

AUSVEG, together with the NFF Horticulture Council and the Australian Fresh Produce Alliance (AFPA), have been supportive of an Agriculture Harvest Visa for some time and have made it clear to government the visa needs to be targeted towards shorter-term workers.

While details on the visa are still to be determined, we know the visa will be targeted towards the 10 ASEAN countries.

A dedicated visa for agriculture is designed to do three important things:

We were left confident following our meetings with the various members that they understand our issues and our position, and we will work with them on the next steps in its design.

The Horticulture Industry Labour Agreement (HILA) has been in operation since February 2020; however, its roll out was hampered by the COVID-19 pandemic. The visa includes 31 semi-skilled and skilled occupations dedicated for horticulture for which growers can access talent from around the world.

The HILA, as it is known, has a number of concessions, including English speaking requirements, salary and permanent residency, which can be found here.

As part of the HILA, AUSVEG has been working through a 12-month review, which includes expanding the visa to include a Horticulture Field Worker (Picker) and a Horticulture Process Worker (Packer).

This would allow growers access to pickers and packers and employ them on a full-time basis, which matches the need for vegetable growers particularly. This will allow growers to bring in workers and build them into their businesses and communities for a 3-4 years, then they would be able to apply for permanent residency.

This is a critical part of the horticulture workforce puzzle and we will continue to advocate to government the need for these occupations to be added to the HILA.

To view the HILA see here.

AUSVEG has been advocating for this important scheme for a number of years and will require action from government to put this into place.

There was a commitment from the Federal Government at the last election that they would at least implement a National Labour Hire Registration Scheme. We understand it has been on the Attorney General’s priority list for some time, but was delayed due to COVID.

It is positive that new Attorney General and Minister for Industrial Relations Michaelia Cash has looked to action this, and we hope to have more information on next steps in coming months.

To view AUSVEG’s discussion paper on this issue, see here.

AUSVEG, as well as the Horticulture Council, have also advocated for improved enforcement activities of the current laws.

The exploitation stories have continued to severely impact the industry’s credibility and is making the development of an Agriculture Visa challenging.

However, AUSVEG supports improved compliance activities by organisations such as the Fair Work Ombudsman and Border Force to drive out unscrupulous behaviour.

It is a significant challenge for the sector when various reports will be made outlining high rates of non-compliance in horticulture. However, virtually none of that information is provided to the relevant authorities.

For example, FWO receives about 26,900 disputes each year, of which 130 are in horticulture – far less than 1 per cent of the total. It is also said that just 30 per cent of that 130 is found to be non-compliant. This is very different to what is being presented by some media and various politicians.

A recent story on this by The Weekly Times can be found here.

AUSVEG’s view is that one case of exploitation is one too many. It is also the view that the industry does not need new laws or regulation to deal with exploitation. It needs improved enforcement activities of existing laws to drive out poor behaviour.

While the above are medium-term solutions, AUSVEG and the Horticulture Council understand there are significant challenges ahead for workforce with the upcoming harvest.

Quarantine capacity managed by the State Governments has been a challenge for some time and remains to be for growers wanting to bring in workers via the Seasonal Worker Programme and Pacific Labour Scheme.

Quarantine capacity is a significant challenge as each state balances allocations for workers with returning Australians. However, one aspect remains to be unsolved by state governments – opting in to ‘pre-departure quarantine’.

Pre-departure quarantine was established by the Federal Government in December 2020 for Fiji and Vanuatu and allows workers to quarantine in their home country before travelling to Australia. However, just South Australia has opted into the program.

This is extremely disappointing from many states, particularly as it offers another opportunity for growers to be able to access workers and it could potentially be a cheaper quarantine cost for growers than what currently exists.