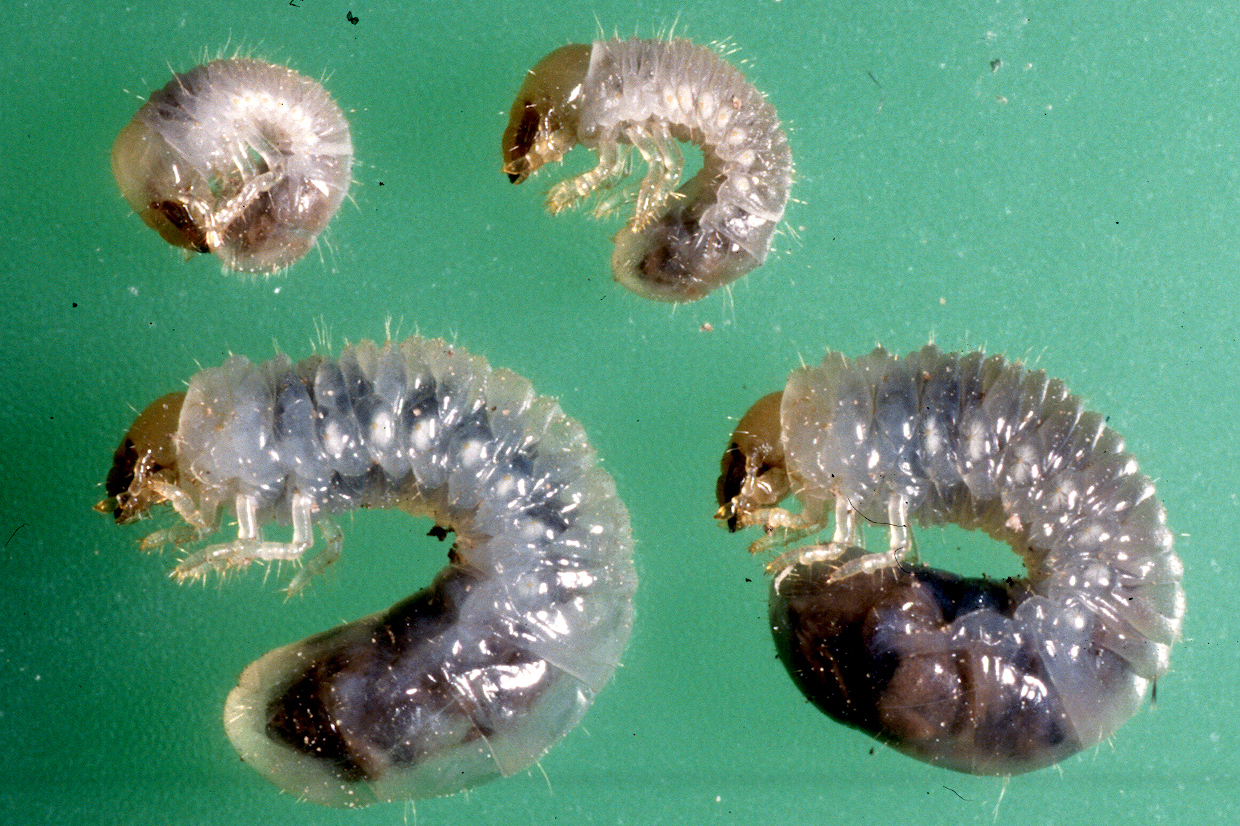 While the African Black Beetle (ABB) is not the most significant pest to the Australian potato industry, it can still cause extensive damage to potato crops. Gordon Jones, a fresh potato grower from Victoria, had issues with ABB around four years ago. From his experience, the pest is very damaging when population levels are high, with the largest effect being a reduction in saleable yield as affected potatoes are unmarketable. While he had issues with ABB for around two years, Gordon was able to successfully control the pest by using biofumigant crops like Indian mustard.

Where are they found?

African Black Beetles are native to Africa. They were first detected in Australia in Wyong, New South Wales in the 1920s and are now found across NSW, Queensland, Victoria, South Australia and Western Australia. The pest has not yet been detected in the Northern Territory or Tasmania.

What are their hosts?

How do I know if I have seen it?

Eggs are cream to white, oval and about 1.8 millimetres long. Larvae are cream to white with a brown head, black jaws and three pairs of legs on the thorax (see image). They are a soft bodied curl grub, up to 25 mm long. Newly emerged adults are brown and soft. Within hours adults harden and darken to a jet-black scarab beetle with serrated front legs up to 15 mm long.

Both larvae and adults can cause damage to plants. Potato tubers are most at risk from the soil-dwelling larvae and their underground feeding habits.

Larvae can damage potato tubers when the crop and larvae maturity levels are aligned (see image). This damage is generally caused between December and January. Long term challenges of ABB infestations include delayed autumn sowing and significant economic losses as increased seed and soil insecticide treatments may be required, and affected potatoes are unmarketable, reducing saleable yield.

Adults preferentially feed on young plants, on above or below ground stems. This feeding habit can lead to permanent damage of plant growing points, resulting in plant death. Older plants are more resistant to adult beetle feeding damage but can become weakened.

How is the pest spread?

Spread of this pest can be attributed to their flight activity and hitchhiking capacity on plant and soil material. Flight activity of adults can be regularly observed from summer to autumn, with the emergence of new adult generations. These swarms are often associated with summer thunderstorms.

Beetle flights are sporadic and difficult to predict, hence monitoring is key to reducing the potential damage of these beetles to potato crops. During flights, beetles are attracted to areas with heavy mulching.

Adults overwinter near the soil surface and in spring they feed, mate and lay eggs. A new generation of adults emerge late summer to autumn. Temperatures 15°C and above are optimal for the pest’s development and survival.

In-crop infestations of ABB regularly occur when crops are planted into infested soil. Before planting, monitor paddocks for larvae and adults. Use spade sampling across a paddock and up to depths of 15 centimetres to determine the population load in an area.

Monitor adults from summer to autumn using light traps. By observing the beetle flight activity at night, the potential levels of pest crop invasion can be indicated. From autumn to early winter, monitor crops for the presence of adult beetles.

This is not a notifiable exotic pest and there are no movement controls or impacted markets. However, implementation of best practice on-farm biosecurity can limit the spread of this pest onto your property.

Any unusual plant pest should be reported immediately to the relevant state or territory agriculture agency through the Exotic Plant Pest Hotline (1800 084 881). For further information, please contact AUSVEG on 03 9882 0277 or email science@ausveg.com.au.

The Farm Biosecurity Program is funded by the Plant Health Levy.