New data released by Hort Innovation shows Australians are producing and consuming more potatoes than ever.

Developed by Freshlogic, the annual Horticulture Statistics Handbook and offers the most comprehensive and up-to-date data available on more than 75 horticultural products including fruit, nuts, vegetables, nursery, turf, and cut flowers.

This year, potatoes were top performers in volume growth.

Hort Innovation Head of Data and Insights Adam Briggs said the rise correlates with Aussies also buying more spuds when they visit retailers, and their use in food service has climbed year-on-year.

“The humble spud has become a bit of a vegetable superstar,” he said.

The Horticulture Statistics Handbook is released each February and captures the previous financial year’s data. The user-friendly guide includes figures on retail and food service use, exports and imports, share of production by State and Territory, wholesale value, and volume.

Mr Briggs said the data reflected the obvious challenges growers faced given global circumstances in the period captured, 2020-2021, but there were also many positives including a foodservice recovery.

“Something encouraging is that foodservice is returning from the lows we saw in 2019/20,” he said.

“For example, fruit food service volume and value has rebounded, and the value is now exceeding pre-Covid levels,” he said. 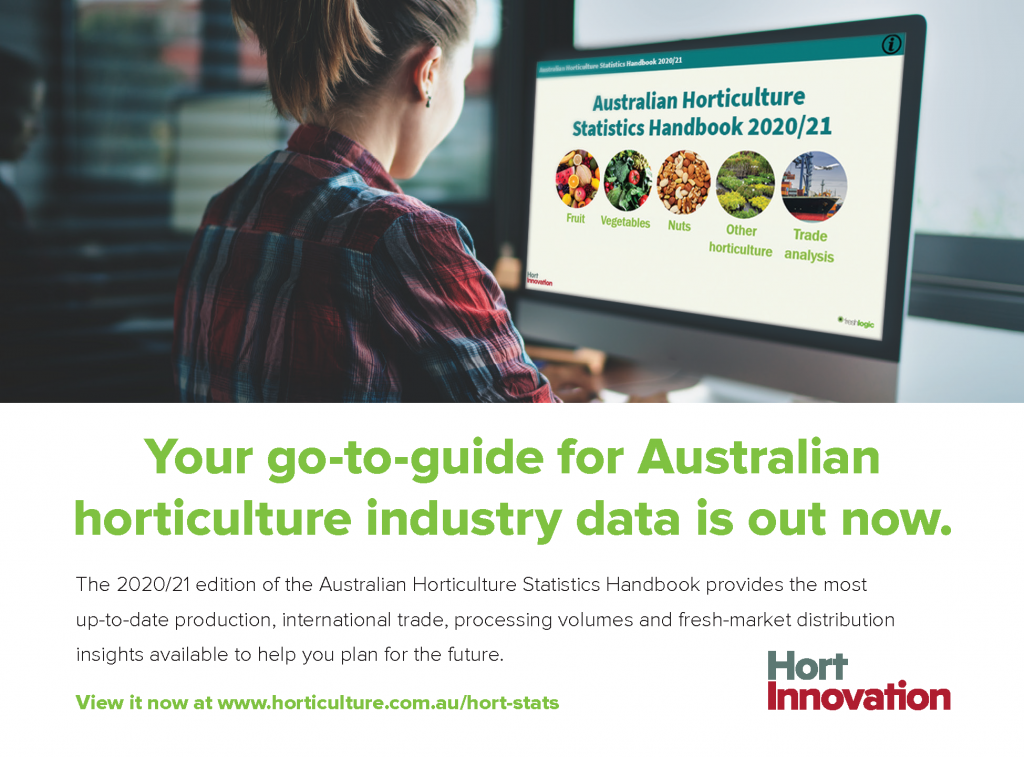