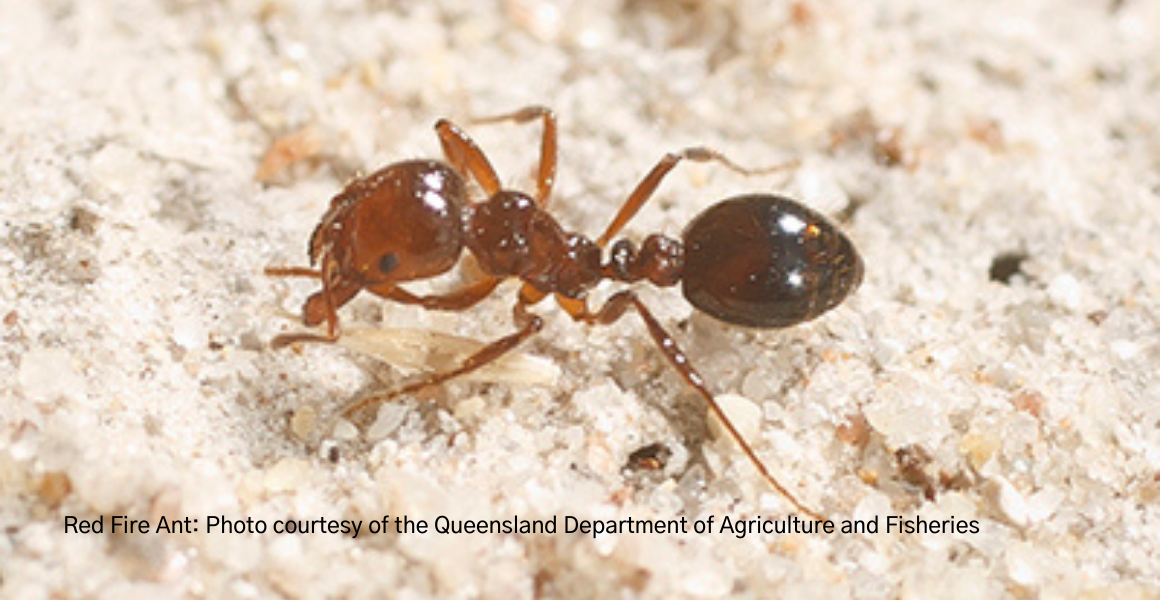 Red imported fire ants are one of the world’s worst invasive species due to their devastating economic, environmental and social impacts

The Department of Agriculture, Water and the Environment’s frontline biosecurity officers have successfully detected a new red imported fire ant infestation at the Port of Brisbane, as part of the National Border Surveillance program.

Biosecurity Queensland confirmed the ants found in the Port of Brisbane are from the United States and are not related to any other infestations in Australia.

The main nest was found and treated on 10 March.

More information on red imported fire ant, including photos, can be found on the Outbreak website.