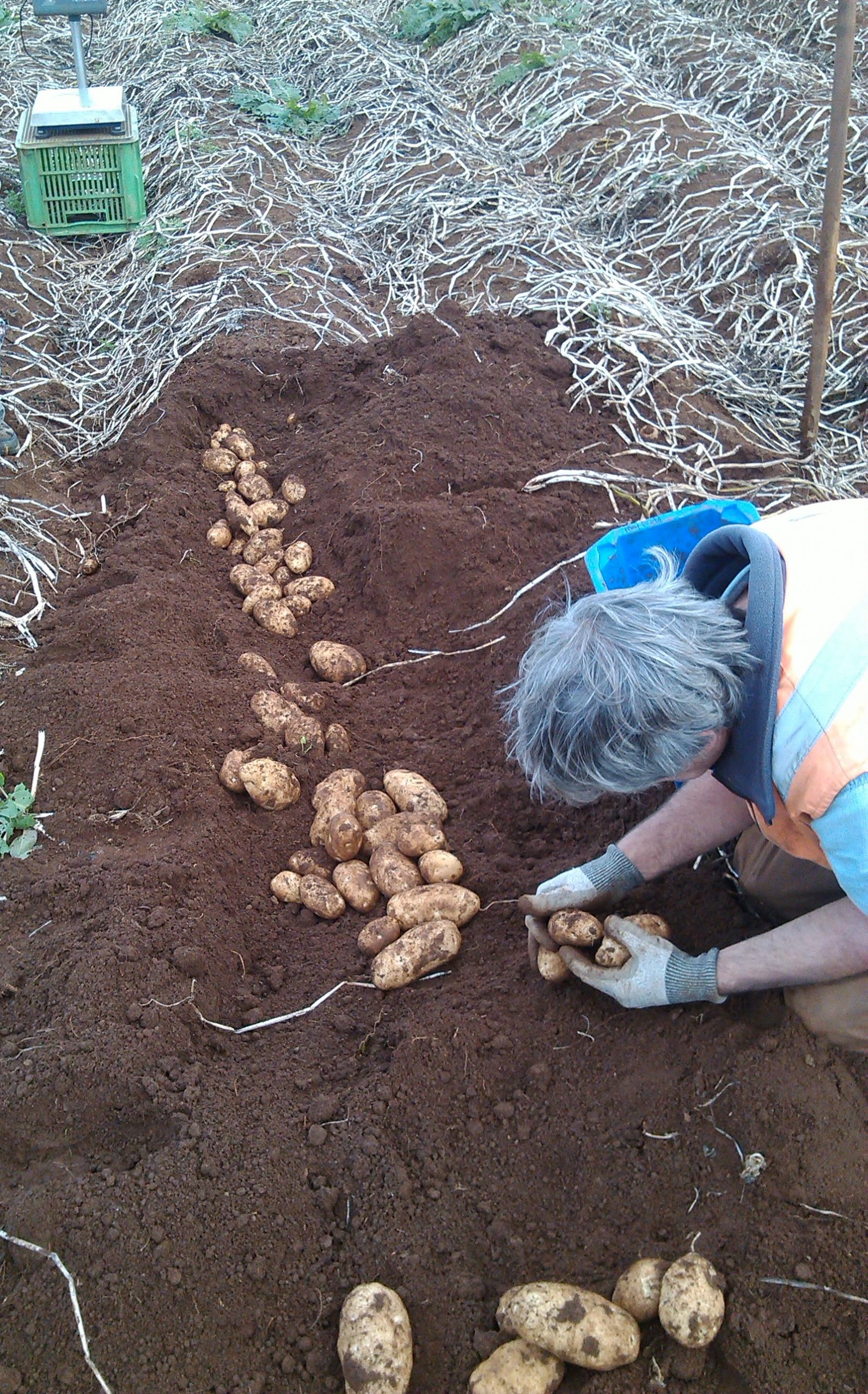 In mid-2018, the Tasmanian Institute of Agriculture completed a four-year research project to improve the understanding of and develop novel control strategies for Spongospora root diseases of potato such as powdery scab. Project Lead Calum Wilson shared the fundamental findings that will provide an important basis to drive development of future disease control.

The potato pathology research team at the Tasmanian Institute of Agriculture (TIA) has made significant gains in improving the fundamental understanding of the difficult soil-borne pathogen Spongospora subterranea that causes root infection, powdery scab of tubers and reduces yield of potato crops.

The first project outcome was the development of a detection system that could monitor development of infection in the potato roots. This tool enables a more precise evaluation of the efficacy of controls and environmental influences on disease. For example, it showed the effects of soil fungicides in slowing, but not preventing, root infection and the benefits in controls or environmental conditions that delay initiation of the infection cycles.

It is well-known that the pathogen will persist in infested soils for many years as dormant resting spores. This limits the value of rotation for disease control. The project looked at resting spore dormancy and showed compounds released naturally from potato roots lead to spores becoming active, and also attracting them to the potato roots for infection. In contrast to the resting spores, active spores persist for only a few hours in the soil. This represents an important new opportunity for management of soil pathogen levels.

The treatment of infested soil with stimulatory compounds in absence of potatoes can force many dormant spores to become active. Subsequently, the vulnerable active spores will die, depleting soil pathogen levels and reducing disease risk for subsequent potato crops. The project successfully tested this concept and the project team will now look to scale this process to field testing.

Study of spore dormancy also highlighted some of the limitations of fungicides for disease control. The dormant resting spores were not affected by fungicide treatment; however, the active spores are susceptible to treatment. This means that fungicide treatments will not necessarily be useful for control of soil pathogen levels and, while capable of reducing infection, are unlikely to be fully effective.

However, a better understanding of spore dormancy offers opportunities to improve fungicide efficacy. Soil inoculum levels are boosted by planting potato crops into infested soils. Volunteer potatoes and alternate (non-potato) hosts of the pathogen may also promote increases or maintained pathogen in the soil. Surveys of potato fields showed blackberry nightshade could be an important solanaceous weed host of the pathogen in cropping regions.

Also, poppy and pyrethrum, two important rotation crops in Tasmania, were also shown to be hosts. However, it is not yet clear what effect these alternate host crops have on soil levels and disease risk to potato. Volunteer potatoes were shown to be important in increasing soil-borne pathogen levels and their effective control following potato cropping appears critical.

Information on the relative susceptibility of potato varieties to Spongospora root infection is limited. The project provided a resistance assessment for a range of varieties, including new lines of commercial promise selected by the project partners. Varietal assessment involved both traditional glasshouse and field screening, with assessment also using the new root infection monitoring tool.

The project team also developed a new laboratory-based assay, which relies on measuring the efficiency of the pathogen attaching to potato roots and provides a more robust, rapid and cost-effective means for screening varieties for resistance. This also identified the efficacy of pathogen attachment to potato roots as a critical resistance factor for minimising disease.

Other interesting insights included the finding that foliar plant growth regulation treatments have the potential to compensate for the loss of root function, attributable to Spongospora induced root infection and galling. Treatments were able to promote significant increases in root mass and slightly enhanced tuber yields in fields with high levels of Spongospora in the soil. In addition to increasing root growth, there was a slight reduction in the incidence of powdery scab with these treatments. These benefits are attracting interest overseas with trials in China and the United States, and further field validation of the work within Australia would be worthwhile.

This project identified several key recommendations for growers and for future studies to develop and optimise the new management strategies tested.

These include: choosing cultivars with greater resistance to root infection; diligent volunteer and solanaceous weed control; compensation of damage to infected roots through treatments that enhance root development; upscaling and testing of resting spore stimulants to deplete soil pathogen levels between potato crops; improving efficacy of soil-applied fungicides against the pathogen; using the new infection screening tool to reliably compare control treatments; using the new cultivar screening tool to rapidly and reliably test new cultivars for resistance; and undertaking studies to determine if the disease can be avoided altogether by disrupting pathogen binding to potato roots.

Unfortunately, Spongospora is a very difficult pathogen to work with and researchers are only just starting to learn fundamental concepts as to what makes it so difficult to control – nonetheless, it is with these insights that industry will be able to target the pathogen’s weaknesses and minimise disease.

The final report for Spongospora Infection of Potato Roots – Ecology, Epidemiology and Control is available on InfoVeg.

For more information from this project, please contact Dr Calum Wilson at calum.wilson@utas.edu.au.