Growers facing rising input costs – with no end in sight 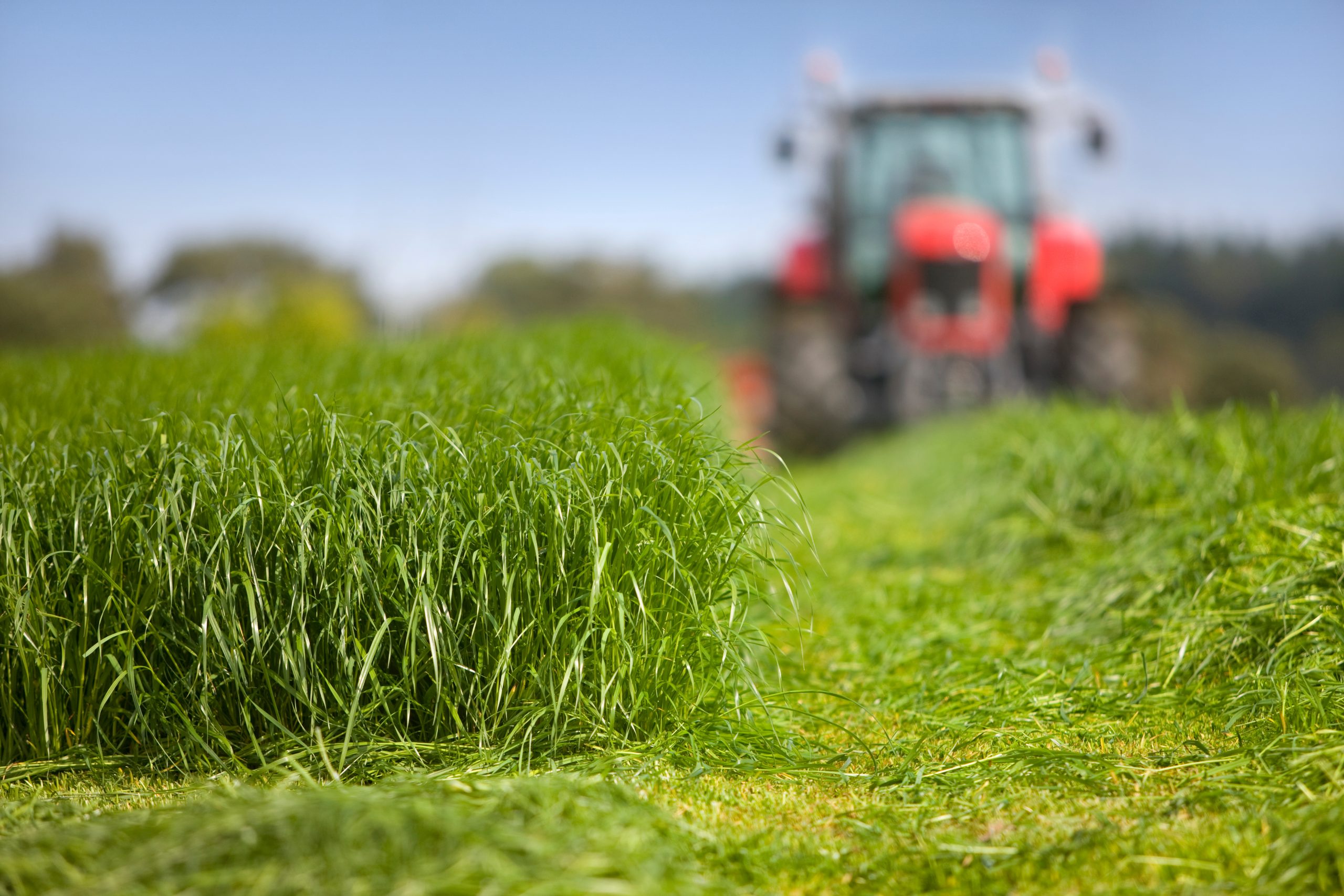 While much of the focus of the pandemic has centred around labour shortages, input costs across the board are soaring, with growers forced to bear the brunt for the foreseeable future unless prices increase for fresh vegetables. AUSVEG National Manager – Communications Shaun Lindhe investigates.

Growers from all over Australia have spoken with AUSVEG and the message is clear – the cost of growing vegetables is going up and there is no end in sight to the current rises in production input costs.

This is not a problem that is unique to the Australian vegetable industry – global freight and shipping issues, labour shortages and rising fuel and energy prices are causing costs to skyrocket across the sector.

According to the Australian Bureau of Statistics, underlying inflation has risen sharply from 1.6 per cent to 2.1 per cent, making it the first time in five years that core inflation has been above two per cent.

Industry experts from a range of sectors are reporting that increased costs are expected to continue for 12-18 months due to global supply chain issues, and that retail prices must increase accordingly.

The consequence of increased farm input costs may not be felt by the average consumer yet, but the economic conditions are forcing growers to make difficult decisions within their business, including reducing production levels or deal with forecasted significant losses if farmgate prices for produce do not rise.

“While all vegetable and potato businesses vary in terms of their production costs, vegetable growers’ businesses are facing between 25-40 per cent increase to their cost base across the board,” AUSVEG CEO Michael Coote said.

“Growers are typically unable to pass on these increasing costs, which is particularly concerning considering analysts can’t tell us how high these cost increases will go or whether there is an end in sight.

“AUSVEG has highlighted the need for farmgate prices of all vegetables to increase by at least 10 per cent to ensure the financial viability of vegetable and potato producers.

Using independent analysis from Thomas Elder Markets, we break down some of the context behind some of these cost rises. 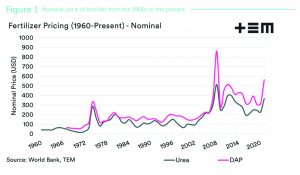 The cost of DAP fertiliser and urea have rapidly increased to levels not seen since the high of 2008 (see Figure 1). Much of the world is struggling with energy cost and supply, which increases fertiliser production costs as it is highly energy intensive. In Australia, most urea comes from the Middle East and most DAP from China – and both are experiencing energy issues.

On top of this, fertiliser plants are closing in regions that are suppliers of Australian fertilisers. Governments in Europe, China and Russia are also discouraging exports or capping their exports, creating global scarcity of these products, which could increase prices further and reduce supply.

As demonstrated in Figure 1, fertiliser prices have been rising since the start of the year but have skyrocketed since August. The result of these price increases is that growers may be forced to use less fertiliser because which brings the potential for lower yields.

High energy costs are the driving force behind the rise in fertiliser. So, it’s not surprising to also see higher diesel prices since the crash during 2020, given crude oil is the feedstock for diesel.

Figure 2 shows that there is a strong correlation between both Australian diesel pricing and crude oil.

While energy prices are notoriously difficult to predict, the consensus is that energy prices will remain high for the coming months as the northern hemisphere demand ramps up. Also, expectations of a particularly cold European winter are worsening the world’s energy crisis and causing countries to stock up on their gas and oil supplies. 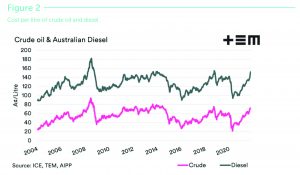 Timber prices in Australia, and in many areas around the world, are increasing due to heightened demand. As a result, there are fewer wooden pallets being made or repaired, which is leading to a shortage – dubbed ‘Pallet-gate’ by some of Australia’s retailers – and prompted the supermarket industry to create a taskforce to address the shortage. This shortage is compounded by the disruptions in supply chain and freight movement.

Without pallets, goods cannot be shipped into warehouses, leading to forced production stoppages and fewer goods for sale. There are reports that some businesses throughout the global supply chain are hanging on to pallets rather than recycling them. 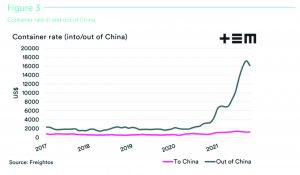 The impact of the pandemic on both sea and air freight has affected many exporting growers – particularly those who export high volumes of carrots, onions and potatoes whose margins are tight, given the competitive global market for these commodities.

Many growers from around the country have raised with AUSVEG the shipping disruptions, port congestion and delays, shortage of containers and the rising costs to export vegetables. This situation is not unique to Australia, as markets all over the world are adapting to the changed global trading environment brought on from the pandemic, particularly the shortage of refrigerated containers for exporting produce.

Disruption to ports across Australia due to industrial actions in Melbourne, Sydney, Brisbane and Fremantle have also caused cost increases and delays.

Figure 3 shows how the price of containers out of China has diverged massively from normally expected levels, moving from the around US$2k to averaging more than US$16K, whereas containers into China are moving at not far off normal levels. 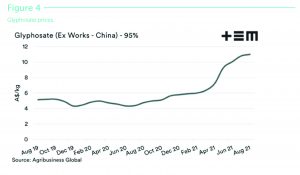 High energy costs are also the driving force behind the rise in chemical prices, including glyphosate. Most of Australia’s glyphosate comes from China, which is experiencing energy issues.

Expectations are that glyphosate costs will likely increase further due to the higher energy costs during September, with coal prices up 42 per cent since the end of August.

The information presented in these charts is accurate as of 29 October 2021.