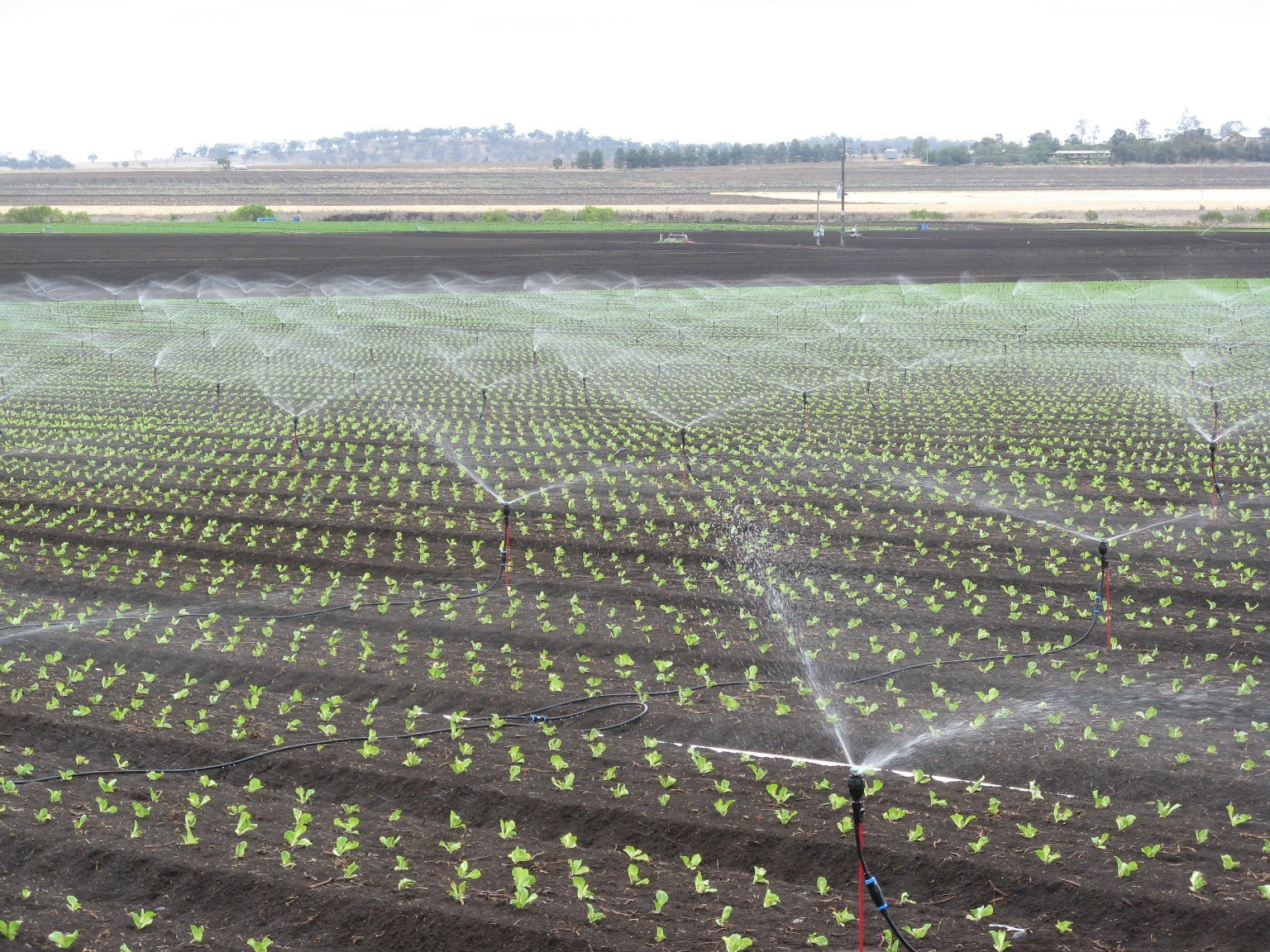 In 2013-14, the Australian vegetable industry used just over 383,000 megalitres (ML) of irrigation water to produce a gross value of irrigated agriculture of $2.52 billion, resulting in the second-highest water productivity of all irrigated industries.

With the impacts of climate change and increasing competition for water from a range of other industry and urban/peri-urban communities, the need for greater water use efficiency has never been more crucial.

Australian vegetable growers today face very specific challenges in producing a highly perishable crop and, as a result, are generally less likely or slower to adopt and/or update irrigation technology compared to other agricultural industries.

This project was developed to give Australian vegetable growers an understanding of available and emerging irrigation practices, and technologies that could improve profitability and encourage the uptake of more efficient water practice.

This document contains the results of the desktop review undertaken by the New South Wales Department of Primary Industries – which involved surveys with growers, researchers, allied industry and manufacturers – and workshop evaluations, along with other supporting documents. Three YouTube videos were also produced to support the extension activities on vegetable farms in Tasmania, Queensland and New South Wales.

A variety of irrigation systems are currently being used for field vegetable production in Australia. These range from fixed/solid set, surface and drip/trickle systems to centre pivot/lateral moves and soft/hard travelling irrigators. Growers are using sprinkler irrigation for crop establishment combined with drip irrigation following establishment.

“If carefully integrated into the crop and farm context, drip irrigation can offer major production, disease prevention and labour-saving benefits for vegetable growers,” he said.

“System automation also has a high application, particularly in field vegetables and when farms are located a long way apart. For example, one grower saved one full time equivalent in labour by adopting an automation system.”

“Using variable rate irrigation for centre pivot irrigators can precisely vary the amount of water applied to a field, however, consideration must be given to the increased management and backup support needed,” he said.

However, there are barriers to the adoption of some irrigation technologies, particularly in short season crops (four to six weeks) and where farms were leased.

“When changing their irrigation systems, it is important that growers consider a holistic management approach – this will influence soil management, weed control, bed design and disease management.”

Precision irrigation technologies such as drones and robots had potential application but needed further investigation.

“The need for ongoing technical and agronomic support is critical when investing in new technologies or management practices, especially if growers are looking to maximise its potential benefits,” Mr Harvey said.

A full version of the report is available on the Irrigation Australia website.

Simple visual tools for irrigation are preferred by growers and must be easy to install, set up and interpret. Some growers have dis-adopted certain technologies due to lack of perceived value of moving to more efficient tools.

Rising energy costs are a concern for all growers, highlighting the importance of investing in energy-efficient irrigation equipment.

Technical support is critical for growers when investing in new irrigation technologies or management practices.

This project was a strategic levy investment under the Hort Innovation Vegetable Fund. VG14048 was funded by Hort Innovation using the vegetable research and development levy and contributions from the Australian Government.

This article first appeared in Vegenotes 59 – March/April 2017. You can download the publication here.