Seaweed application: An essential piece in the Integrated Pest and Disease Management puzzle 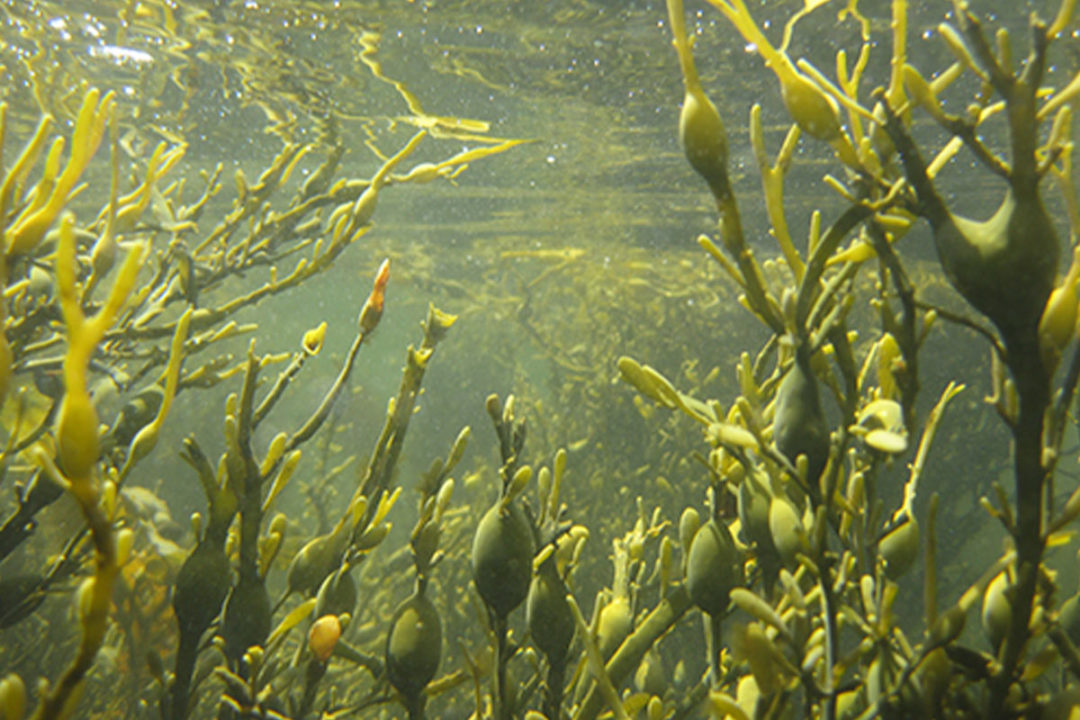 In this article, Victorian agronomist Reyhaneh Pordel explains the differences between seaweed species and how the right seaweed solution can play a major role in Integrated Pest and Disease Management programs for vegetable production.

An important method to achieve high quality and resilient vegetables is the application of biostimulants; one is seaweed. The benefits of seaweed (marine macroalgae) as a source of organic matter, nutrients and amino acids have been known to agriculture for centuries. For example, foliar and root drenching applications of seaweed extracts have been found to significantly reduce soil-borne diseases in carrot, cucumber and tomato. This effect is credited to the components of the algal extract – most notably laminarin, betaines, osmoprotectants, cytokinins, sterols, amino acids & phenols that work synergistically to stimulate plant defence responses.

Unlike chemical products, extracts derived from seaweeds are biodegradable, non-toxic, non-polluting and non-hazardous to humans and animals. This is one reason why seaweed extracts have gained popularity in recent years in organic and sustainable agriculture.

Macroalgae broadly classified into three main groups based on their pigmentation: Phaeophyta, Rhodophyta, and Chlorophyta; or the brown, red, and green algae, respectively.

Brown algae (examples are Ascophyllum nodosum in Stimplex and Durvillaea potatorum in Seasol) are common in cold water along continental coasts. It is a major source of iodine, potash and an important source of mannitol. They are the type most commonly used in agriculture and among them, Ascophyllum nodosum (L.) is the most researched one (see Figure 1 above).

Among different algae species, the brown alga, Ascophyllum nodosum (L.) has attracted lots of attention and is sustainably harvested along the North Atlantic coastline. A. nodosum is exposed to extreme weather conditions from – 25°C/- 13F in winter to +40°C/+ 104F in summer. The A. nodosum has adapted to life in the intertidal zone by evolving its biochemical compounds include laminaran, fucan, alginate, betaines, sterols, amino acids, and phytohormones, such as abscisic acid, cytokinins, auxins and unidentified compounds with hormone-like activities to overcome stresses.

Currently, nearly 47 companies are engaged in producing commercial A. nodosum extracts (hereafter designated ANEs) for agricultural applications. The biostimulant activity on a wide variety of plants including

vegetables has been attributed to the following roles of beneficial bioactive compounds in this alga.

Organic acids – Uronic acid and many other organic acids serve as a source of energy production as well as precursors for many organic compounds including hormones.

Alginic Acid – Mineral chelator that aids in nutrient availability and as a food source for microbes.

Amino acids – They contribute to plant metabolism and promote microbial activity in the rhizosphere. These compounds alleviate osmotic stress induced by salinity and drought stresses.

Macronutrients – Nutrients essential to the growth of healthy plants.

Micronutrients – Present as organically chelated forms, which makes them more available to plants.

An increase in auxin and cytokinin signalling in ANE-treated plants is reported in many vegetables. ANEs- treated Mung bean rooting bioassay shows that ANE induces a rooting response similar to Auxin phtohormone application (see Figure 4). Biologically active auxin-like compounds such as amino acids and indole conjugates of Indole Acetic Acids were reported in the extracts of A. nodosum. These auxin-like compounds elicit plant growth by enhancing root tip and plant elongation through cell wall growth.

The ANE treatment suppress the expression of genes involved in cytokinin degradation which result in better nutrient use efficiency, callus formation, leaf & shoot growth and delayed senescence in plants. Increased

However, there is a wide variation in auxin and cytokinin content in seaweed extracts from 6.6 to 50 mg/g of dry matter; this is likely to be a function of the method of extraction and processing, as well as the geographical location of the raw material harvested.

Plants can shield themselves from a wide array of pathogenic attacks by regulating various inducible defence reactions. These reactions involve the action of signalling molecules, which arise from pathogenic stimuli or plant exposure to an external physical or chemical stress factor.

The combinatory treatment of seaweed extract and a minimum dose of contact fungicide in field trials recorded the overall lowest disease levels (60 per cent reduction) and highest yield (57 per cent increase) in these vegetables. ANE stimulates plant growth and plant defence responses, and the contact fungicide works as a direct antimicrobial agent, which tends to persist on the leaves of the plant, preventing severe infections and secondary spread of the diseases. The induction of plant defence enzyme activities and elevation of total phenols, as well as upregulation of defence marker genes, was sustainably high in tomato and capsicum plants treated with ANEs.

The use of seaweed extract in vegetable production presents a valuable and significant cost-saving practice compared to the chemical inputs. The important point is choosing the right seaweed extract that has a blend of beneficial molecules to deliver the benefits that discussed here to vegetable crops. The organic nature of the extract makes it very appealing to vegetable consumers towards its inclusion in producing quality vegetables as part of healthy diet; and for vegetable growers, for inclusion in a sustainable farming system.