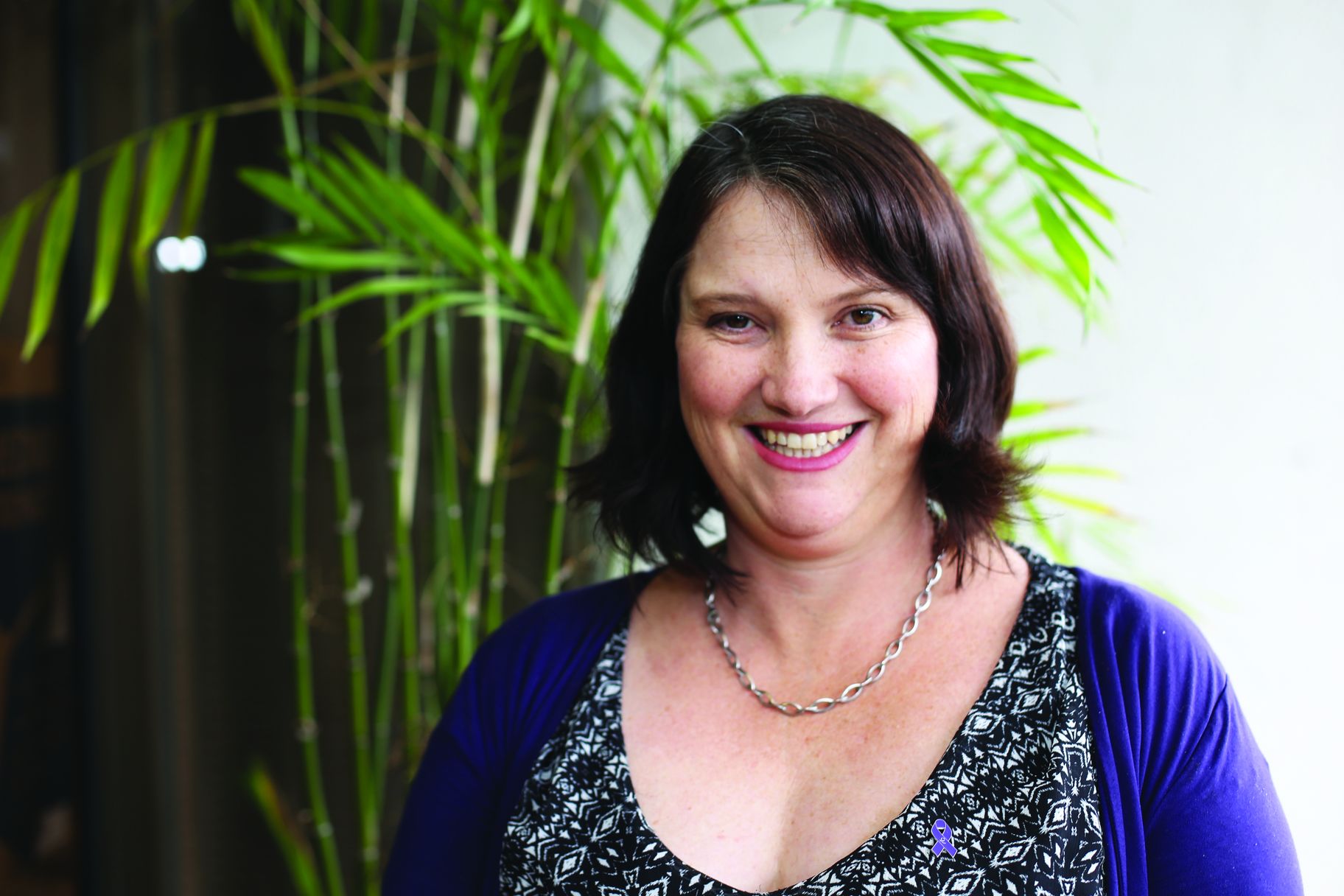 A flair for policy writing and a love of agriculture has seen Rachel Mackenzie flourish on both the state and national stage. The Hort Connections 2018 Women in Horticulture award winner is Chief Advocate of Growcom, the peak representative body for Queensland horticulture, and has been responsible for developing policy on a range of key issues.

As Chief Advocate of Growcom for almost 10 years, Rachel Mackenzie has tirelessly campaigned on behalf of fruit, vegetable and nut growers across a range of issues.

Rachel’s passion for horticulture industry advocacy is evident, and part of this passion has led to the establishment of Growcom’s Fair Farms Initiative, a program that supports ethical employment practices in the Australian horticulture industry and will offer a certification scheme that enables farm businesses to demonstrate that their employment practices comply with Australian laws and industry standards. Rachel spearheaded this initiative, which aims to lift employment standards across the sector nationally.

It was achievements such as the Fair Farms Initiative, and her commitment to the horticulture industry on both a state and national level, that saw Rachel receive the Women in Horticulture Award, sponsored by Boomaroo Nurseries, at the Hort Connections 2018 National Awards for Excellence.

Growing up on a small beef farm on the outskirts of Brisbane, Rachel enjoyed living on the land but knew she wasn’t going to be a farmer. Instead she went to university to study science and journalism, and landed a job in the public service working in fisheries.

“I really enjoyed the process of policy making and the writing aspect of it, and in that role, I started working a little bit with the media,” Rachel says.

“I quite enjoyed that and felt that I had some capabilities to bring to the table.”

Before too long, Rachel joined Growcom and in 2009, she became the body’s Chief Advocate.

“It’s my job to work with growers to understand the issues that are concerning them, and look at the barriers for them (and the sector) to be profitable and sustainable, and then identify ways that we can influence government policy, general trends etc.,” she says.

Rachel believes the biggest challenge for horticulture, apart from labour, is a lack of cohesion.

“One thing that I’m very pleased to see happening is the formation of the National Farmers’ Federation (NFF) Horticulture Council, because I believe it’s really important that horticulture does have a strong voice in Canberra.”

Biosecurity is also a focus both on a state and national level, according to Rachel.

“I think it’s true to say that across the board, plant-based biosecurity is significantly underfunded compared to animal biosecurity, even though the plant industry sector is worth more,” she says.

“We need to start pushing much harder for government, both at the state and national levels, to invest effectively. While I accept that biosecurity is a shared responsibility, there are responsibilities that only government has, and they are not being adequately addressed at the moment.”

Exporting fresh produce is also on Rachel’s radar, along with her desire for industry to work together to facilitate and support growers who wish to enter that space.

“Export keeps being put up as the next big thing for horticulture, and we just have to make sure that we make it happen,” she says.

Growcom regularly interacts with growers to ensure their concerns are addressed and the horticulture industry is in a strong position moving forward. Grower engagement is achieved through the formation of the Queensland Horticulture Council, which consists of representatives from each of the major horticulture growing regions in Queensland, including Lockyer Valley Growers, Bundaberg Fruit and Vegetable Growers, Bowen Gumlu Growers Association, Gayndah Fruitgrowers and the Mareeba District Fruit & Vegetable Growers Association.

The council meets each month to talk about the latest issues affecting their regions.

“We are a group that can get into the issues and deal with them appropriately, and everybody talks to their people so we have a really clear mechanism to get information from growers at the regional level across the different horticulture commodities in Queensland, to the state body which is Growcom, and then feed into organisations like AUSVEG and the NFF Horticulture Council,” Rachel says.

“After working for more than nine years in Queensland, we observed that there was this real need for growers to better understand what their obligations were,” Rachel says.

“We wanted to focus on an employer advocacy solution, where previously efforts had focused on support for employees. We aim to educate growers and aim to breed a culture of zero tolerance for labour exploitation. We also recognise that the landscape is complex, and we want to be able to support growers to understand how they can best treat their workers.”

"I would say to any young woman who wants to take up a leadership position in the vegetable industry, it’s a great opportunity and I think that you will find the environment supportive and that there’ll probably be more women than you think around and about. The guard is changing."

Rachel says the ‘women in horticulture’ landscape is changing, as more women enter the industry and become proactive members.

“I’ve worked with a lot of different commodities, and the vegetable industry is good I think at enabling women to shine. There’s a lot of really proactive female businesspeople who are the spokesperson for their business,” Rachel says.

“We’ve always had a role but it was a bit invisible. I would say to any young woman who wants to take up a leadership position in the vegetable industry, it’s a great opportunity and I think that you will find the environment supportive and that there’ll probably be more women than you think around and about. The guard is changing.”

However, Rachel is clear when talking about women and leadership.

“I think sadly one of the things with women is they don’t necessarily dream of becoming leaders, and perhaps that’s something that they should do – they should actually visualise themselves in a leadership position, because they have a lot to contribute,” she says.

“If you start looking at the qualities of a leader, and try to actively apply them in whatever role you have, then you are already a leader.”

“I do feel that I’m fortunate in that I’ve found a role that matches what I feel are my talents and skills, but something that I care about.

“I like going to work, and I like being part of this industry, and I think that’s a really big motivation.”

While she is pleased that the industry is acknowledging some of the work that she has completed as an individual, Rachel is full of praise for her team at Growcom.

“It’s not just me, there is a really great team at Growcom, and I couldn’t do what I do without them,” she says.
Furthermore, Rachel has advice for other non-grower advocates such as herself.

“Sometimes as a non-grower advocate you get criticised for not getting your hands dirty,” she says.

“But I think it’s also about playing to your strengths, and recognising that everyone has different strengths.

“I really value and admire the work that growers do. They are the true hard workers in our sector, but I also think there is value and use in having professional people working as advocates for our sector too.”