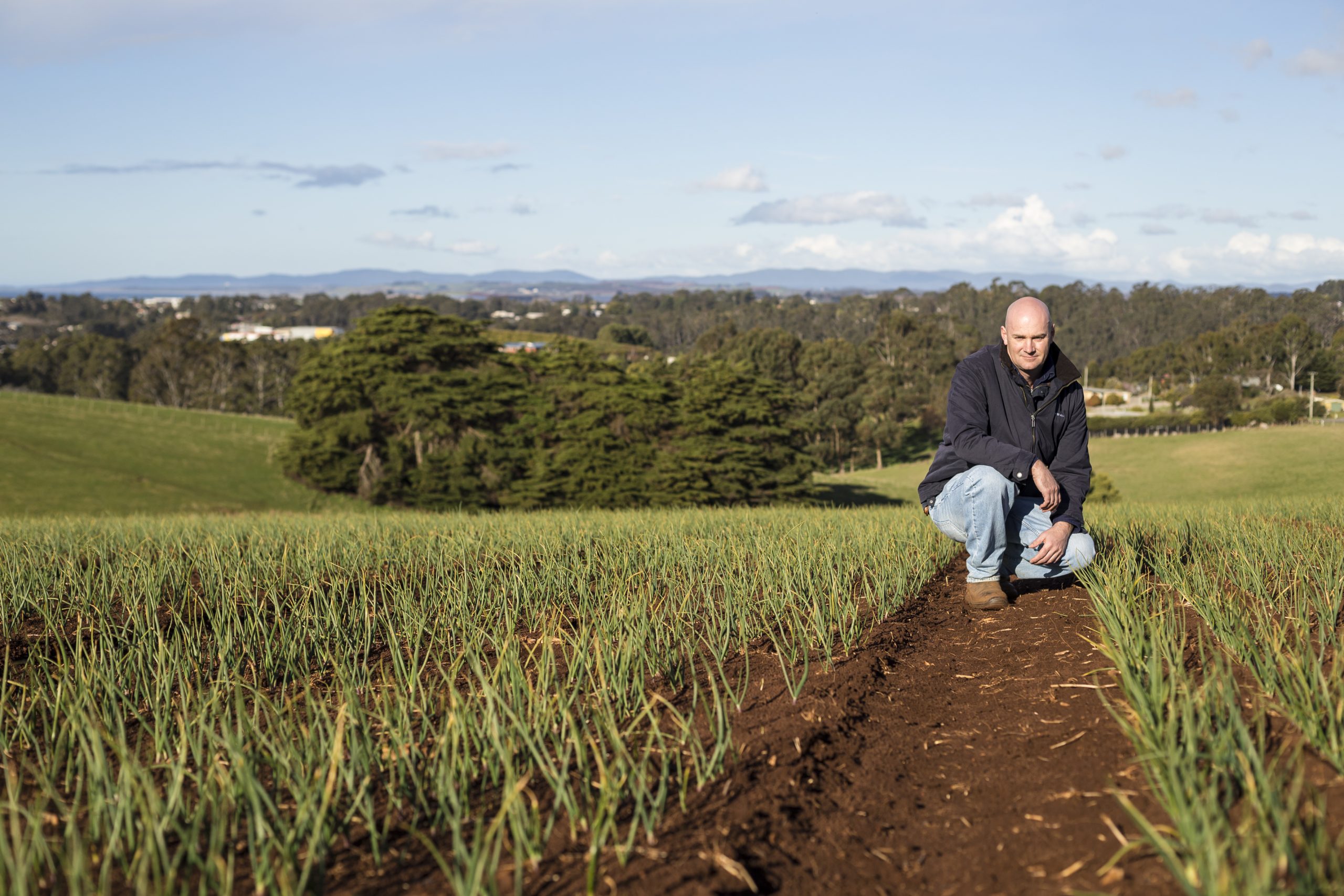 In 2013, he travelled to the United States on a study tour of key vegetable growing areas as part of a strategic levy investment project, and the knowledge he gained from that experience still resonates today.

In 2016, to expand his knowledge in precision vegetable production, Josh participated in another grower mission – this time, to New Zealand.

Harvest Moon – where Josh works as a senior agronomist for carrots, onions, swedes and beans – has incorporated some precision agriculture techniques into its daily operations. As these techniques were implemented before Josh joined the company, he jumped at the opportunity to learn more about their application in New Zealand.

Lessons from across the ditch

Josh developed a wealth of knowledge during the study tour and says the highlights included observing the land management system in place at the A.S. Wilcox & Sons packing facility in Pukekohe near Auckland. This is a fully integrated chain that grows, packs, markets and exports carrots, onions and potatoes.

“We saw how they were using drones and the imagery they were capturing, as well as yield mapping that was happening in New Zealand,” Josh says.

Another highlight was a visit to one of the Zespri kiwi fruit pack houses in Mount Maunganui, which demonstrated the cross-benefits of sharing knowledge in horticultural production.

“It was good to look at another branch of horticulture to get ideas on how we can improve on what we do with vegetables,” Josh says.

At the time of publishing this article, Harvest Moon was using drones and land management systems in many parts of the business. Josh was planning to implement yield mapping into the operation’s carrot program in December 2017 as a result of participating on the study tour.

Participants quickly realised they had many areas of mutual interest and have kept in contact since the study tour concluded. This has helped to develop an informal ‘community of practice’ that connects a broad mix of vegetable producers who are using precision technologies and practices.

“There were many participants from Queensland, and I think us all getting together with growers from interstate and going on a study tour overseas improved the way that we network,” Josh says.

“I’ve probably learnt as much from the Queensland growers in the end as I did from the visit to New Zealand.

“I’ve kept in touch with everyone on that study tour, even a couple from Tasmania who I hadn’t met personally before that trip. We talk about what the next step is for all of us as an industry.”