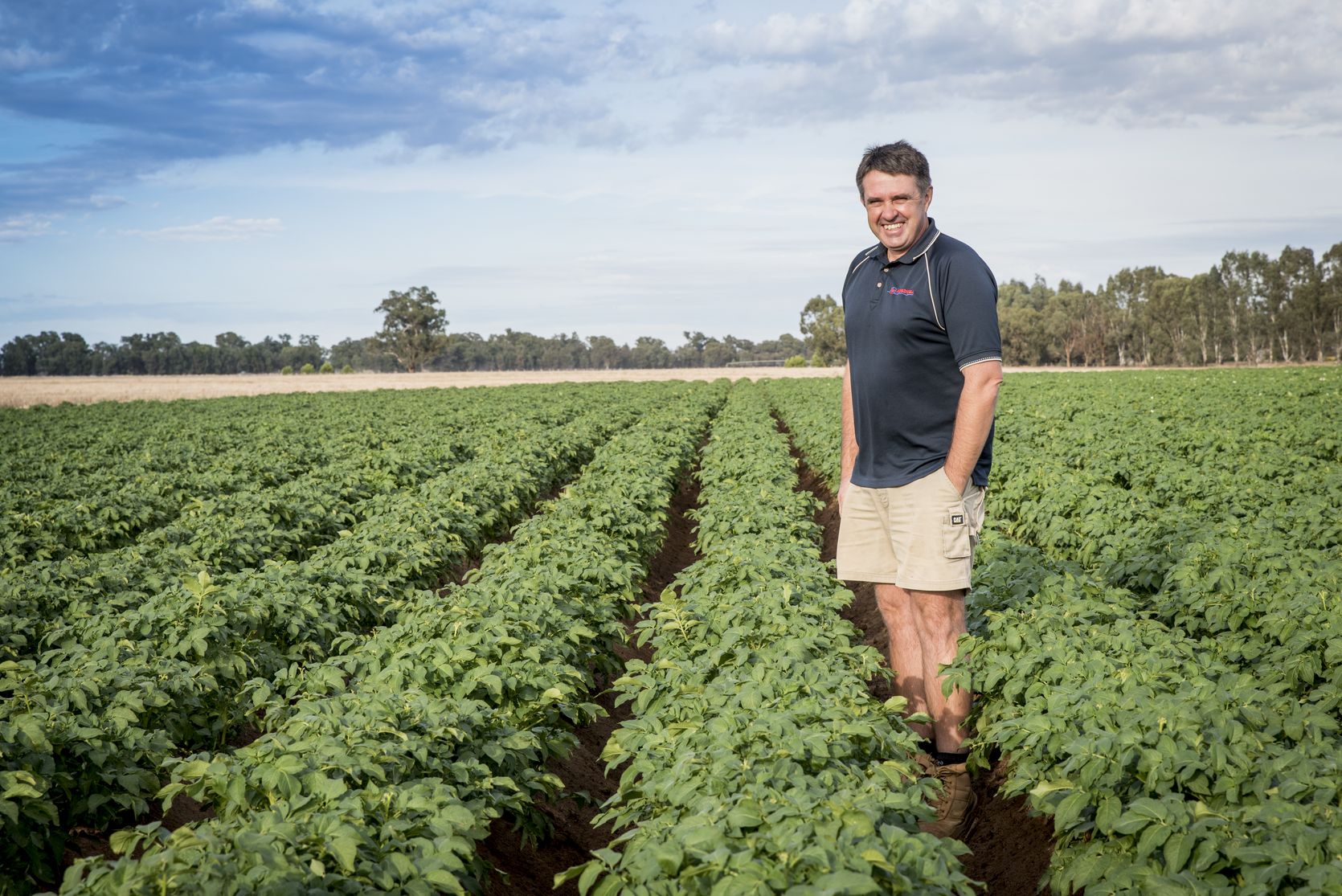 Ruaan Du Plessis is an agronomist from Shepparton, Victoria. We profiled him in the April/May 2018 edition of Potatoes Australia magazine.

You’re from South Africa originally. How long have you been in Australia, and what have you learnt about the potato industry here since your arrival?

We arrived in Australia in 2009 and I have been involved in various agronomy roles over the past nine years. The Australian potato industry is highly developed; production practices here follow trends in other developed countries.

To your knowledge, how does the potato industry in South Africa compare to Australia?

Production wise, South Africa grows potatoes on 50,000 hectares (fresh and processing) and in Australia potatoes are grown on approximately 38,000 hectares.

Australian potato production is highly mechanised, while in South Africa this is partly the case. In South Africa, lower levels of mechanisation are dictated by the availability of semi- and low-skilled labour.

South Africa has export markets into Africa, while Australia must send export produce much further to markets.

Major processors like McCain Foods and PepsiCo operate in both countries. Approximately 20 per cent of South African potatoes are processed.

How did you first become involved in the potato industry?

I started working with a prominent seed potato farm as a fertiliser agronomist 18 years ago, and have been involved with various potato growers in my agronomy career.

What does your role as a horticulture/broadacre agronomist at IK Caldwell involve, and what are your responsibilities?

I provide agronomic advice to a range of IK Caldwell customers in northern Victoria and southern New South Wales.

What do you enjoy most about working in the potato industry and how do you maintain your enthusiasm?

Potatoes are a horticulture crop that require constant agronomic input to grow well. I have an affinity for horticulture and that’s what motivates me to enjoy my work.

What are the biggest challenges you face working in the industry, and how do you overcome them?

Higher levels of scrutiny applied to agriculture chemical (ag-chem) products can result in a reduction of ag-chem options used on-farm. In some cases, this may force growers and their advisers to implement production principles that are potentially more environmentally-friendly but not always effective in addressing the issue at hand.

"Potatoes need to be marketed as a healthy food option. This vegetable type needs to be seen in the same light as trendy vegetable types if the industry wants to grow its domestic market share."

What are the most common issues that you see in potato crops around your region?

Seasonal variability in production performance – some seasons see growers having issues with tuber quality for processing; water availability and the cost of irrigation water can dictate the seasonal volume of crops grown; soilborne pests like nematodes and the effect of this pest on potato production; typical foliar diseases such as blights that can reduce production if not treated/managed correctly; and the imminent threat of tomato potato psyllid.

Where do you receive on-farm practice advice and information before sharing it with your grower networks?

I also liaise regularly with input supply companies to keep abreast of current developments in the ag-chem sector and associated inputs sector, which can potentially drive increases in crop production.

In your opinion, what areas of research are important to the potato industry?

Processing potato products are generally seen as convenience foods and not necessarily as healthy food options – this perception need to be addressed through innovative processing solutions to make the product more appealing to discerning consumers.

What new innovations, research and/or practices have some of your growers implemented recently?

An increased focus of paying attention to crop canopy management, which can eventually drive higher yields. Variable rate application of nutrients, water and other inputs through irrigation systems will possibly be the next step to help increase on-farm yields.

Where do you see opportunities for growth in the Australian potato industry?

Potatoes need to be marketed as a healthy food option. This vegetable type needs to be seen in the same light as trendy vegetable types if the industry wants to grow its domestic market share.

How important is water use efficiency in the potato industry?

To grow potatoes well, lots of water is needed. It is crucial to manage water usage to grow optimal yields and quality crops. Variable rate water application technology on centre pivots is starting to make inroads on Australian potato farms.

Where do you see yourself in five years?

Busy with agronomy as part of a mentoring team to help the horticulture industry achieve better, long-term results.

How do you think more young people could be encouraged to study and take up jobs such as agronomy in the potato industry?

Food and fibre will always be in demand, and suitably skilled people are needed to make this happen. Agronomy is one part of this highly dynamic chain.

Agriculture’s image in general must become trendier/modernised to attract young people to the industry.