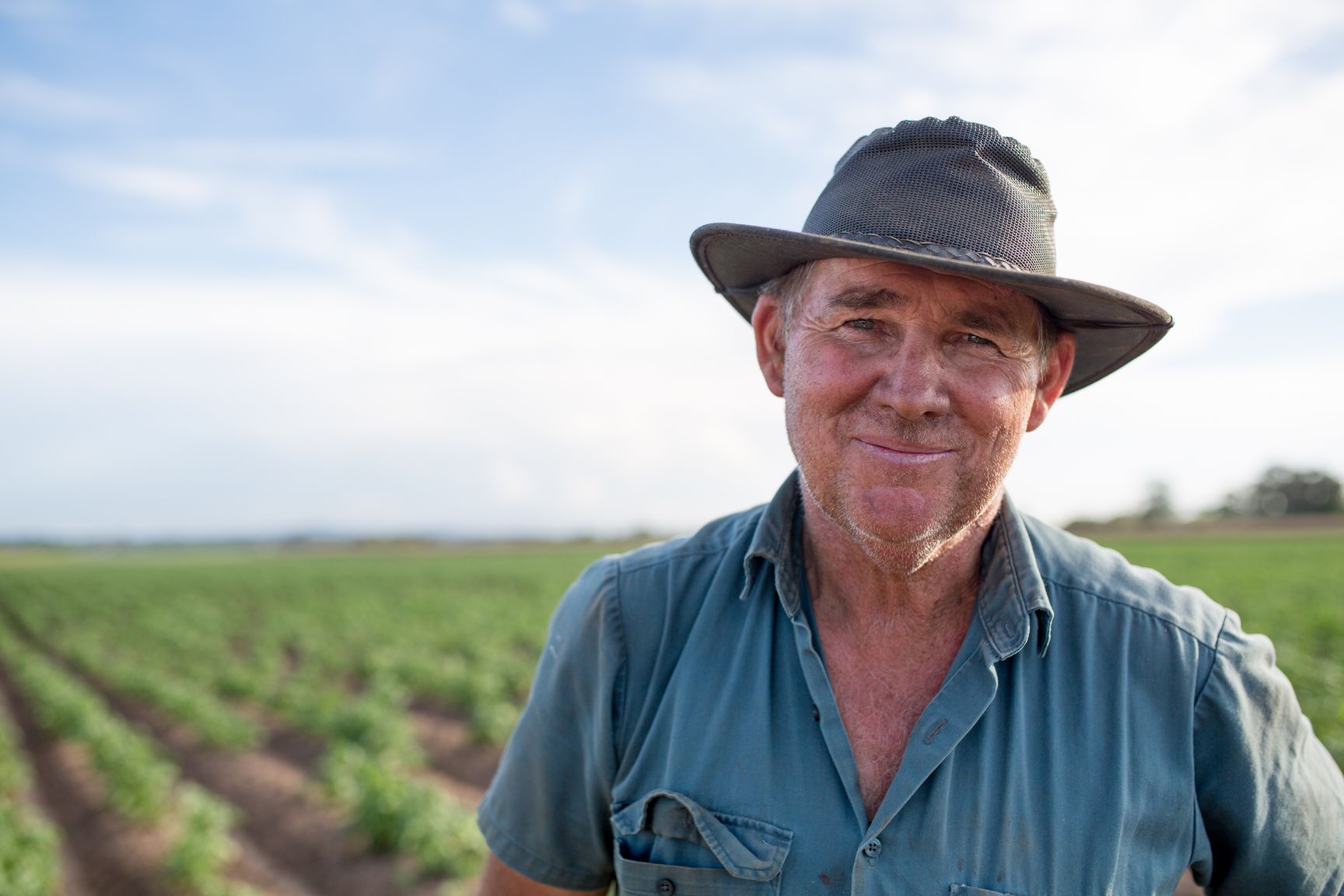 Stephen Osborn is a third-generation potato grower who works alongside his twin brother Roger and father Dal at Pitnacree Road Farm in country New South Wales. Stephen spoke about the challenges he faces as a grower, the proud history of on-farm sustainability and how this, along with disease-resistant crops, is maintained.

Located on the banks of the Hunter River and a two-hour drive from Sydney is the farming village of Pitnacree, where Stephen Osborn and his twin brother Roger have been growing produce for over 40 years.

Stephen and Roger are third generation farmers. The farm was established by the twins’ grandfather Torphin (known as Ted) and was later handed down to their father Dal. Stephen and Roger, along with Dal who still works on the Pitnacree Road Farm, grow Sebago potatoes for the fresh market in Sydney. They also produce pumpkins, watermelons, hybrid seed maize, seed sorghum and lucerne.

The Osborn twins (who are partners in the business) grow 30 acres of crops in the spring/summer harvest and that is downsized to 20 acres in autumn.

“We concentrate on growing and doing everything from picking to irrigating to planting – the whole works,” Stephen says.

Stephen says he has never thought about being in any other industry, although he has combined his skills as a grower with a qualification in welding.

“When I finished up at school and was working on the farm, I became qualified as a welder so I’ve been doing a fair bit of welding and boiler making. I’ve got my own metal lathe as all machines break down on weekends and public holidays,” he says.

Stephen’s welding classes were at night, which ensured that he never left the farm.

“I was working on the farm all the time. I got my school certificate and at 16-and-a-half, I left school and the next year I started tech at night. It was good.

“I’ve never thought about doing anything else.”

Stephen enjoys the simple elements of potato growing: Planting the spuds, watching them grow, and then the harvest.

“We’re pleased with the quality of the harvesting,” he says.

Pitnacree Road Farm has been farming the same ground for 80 years, which is a milestone that Stephen is proud of. He says crop rotation and buying fresh, certified potato seed is the key to maintaining disease resistance and the ongoing sustainability of the farm.

“Crop rotation is extremely important, and we source our certified seed from Crookwell. We’ve got very good seed growers down there and the quality is first-class.

“There’s still good rotation of all of our crops, so we’re fairly disease-resistant.”

The Osborn brothers are also using the nearby Hunter River for irrigation, and this has proved fruitful for their growing operation.

“Even though the salinity does get high, we’ve been able to keep farming and it has been manageable. We’ve never had to cease to pump because of higher salinity. It’s been pretty important doing that, and we’re irrigating 24 hours a day.”

“I was working on the farm all the time. I got my school certificate and at 16-and-a-half, I left school and the next year I started tech at night. ... I’ve never thought about doing anything else.”

Looking at the change in production in the wider Maitland region, there were over 40 producers of potatoes in the 1970s and ‘80s compared to just three today. The uncertainty of the markets, long payback periods and variable climate conditions are issues that Stephen faces as a grower and, as a result, Pitnacree Road Farm has reduced its production over recent years.

“We cut back a bit and this year – the market was very high and we wish we had a lot more,” Stephen explains.

“We’ve gone to other crops that require less labour and less capital inputs – the returns aren’t as great as what we can achieve with potatoes.”

Ultimately Stephen believes that if there was more certainty in the markets, this would entice young people to accept jobs in not only the potato sphere but in the broader agriculture industry.

“This land around here can grow any crop you want. If only there was a market in Pitnacree, you’d get people back into the soil growing produce,” he says.

As there is no succession plan for the farm, Stephen and Roger’s aim is to continue growing for as long as possible to keep the business alive.

“My brother and I are getting older and we don’t have any succession, so our future’s a bit uncertain. Packing 50 kilogram bags does get to you after a while, plus you’re trying to strip the soil at night and pack pallets,” Stephen says.

“I don’t know how the future is going to pan out. I’m hoping we can go for a little while longer.”

“This land around here can grow any crop you want. If only there was a market in Pitnacree, you’d get people back into the soil growing produce,” he says.