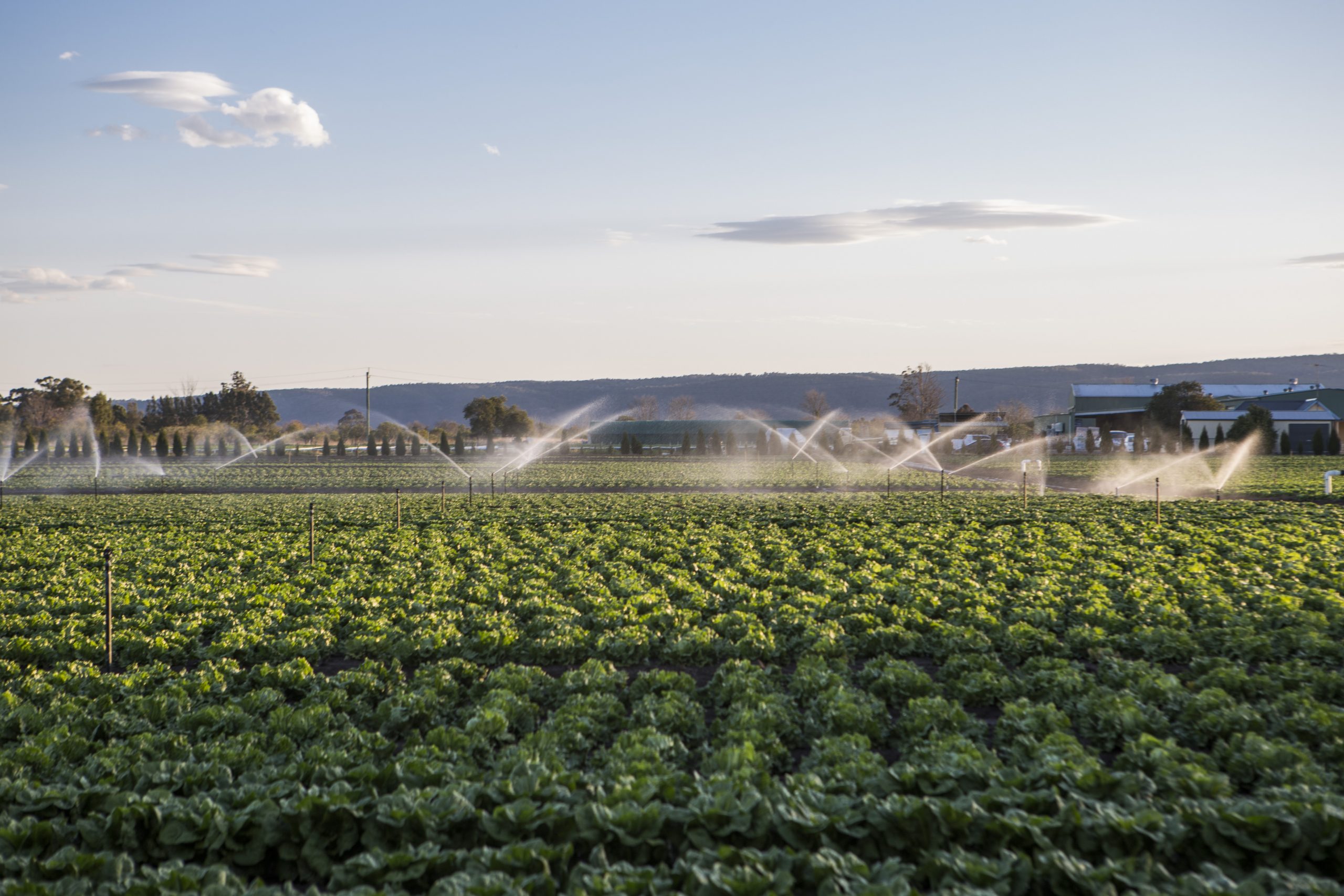 The modest pair manage Alandale Produce, which predominantly grows lettuce, cauliflower, cabbage, leek, potatoes and sweet corn, and they have shown great innovation on their property. The Micallef brothers have been heavily involved in strategic levy investment projects over the years, and most recently they have hosted trial sites and farm walks alongside Greater Sydney Local Land Services.

This project is a strategic levy investment under the Hort Innovation Vegetable Fund, and was established to effectively extend important R&D information to vegetable growers throughout the country.

At the time this article was published, the VegNET team for New South Wales had two Region Industry Development Officers, Bill Dixon and Matthew Plunkett from Local Land Services, who had been assisting Val and Sam in achieving their on-farm goals.

It is Val and Sam’s thirst for new information, often provided to the brothers by VegNET officers, that has led to their participation and success in the project’s activities.

“It’s trial and error. Some things work and some things don’t, but over time you can get it better,” Val says.

In 2017, the growers hosted a trial site for a compost project managed by Local Land Services. The pair also held a farm walk in December 2016, which attracted around 15 growers and industry members, and focused on machinery and the softest way of working the ground. Attendees were able to understand the various impacts on soil of harvesting with tools such as a rotary hoe, power harrow and spadder.

Val and Sam are always looking to incorporate new technologies onto their farm, and they have recently automated their irrigation system with great results.

They have shown a keen interest to participate in other strategic levy investment projects for the vegetable industry, including as a potential trial site for robotics systems developed at the University of Sydney. They have also indicated their willingness to join another project that focuses on the adoption of precision systems technology in vegetable production.

Val and Sam also attended a low cost protected cropping farm walk at the Local Land Services demonstration farm in Richmond and are looking at these cover crops to trial on early season sweet corn.

The automation of the Micallef’s irrigation system has led to a reduced cost of labour, while Val says that the compost project resulted in reduced total fertiliser input and has saved water.

“Our soil is pretty sandy so we’re just trying to build it up. It’s holding moisture better now and retaining the fertiliser; it’s not leaking out as much and the crops are more uniform across the field,” he says.

Val added that VegNET is very important to his business, given the wide range of R&D information that it provides to growers. He is confident that being involved in these extension activities will ensure the long-term sustainability of Alandale Produce.

“Hopefully by being involved in the VegNET project, the farm is getting better and the crops are improving,” Val says.