Green peach aphid – can we turn the tide of resistance? 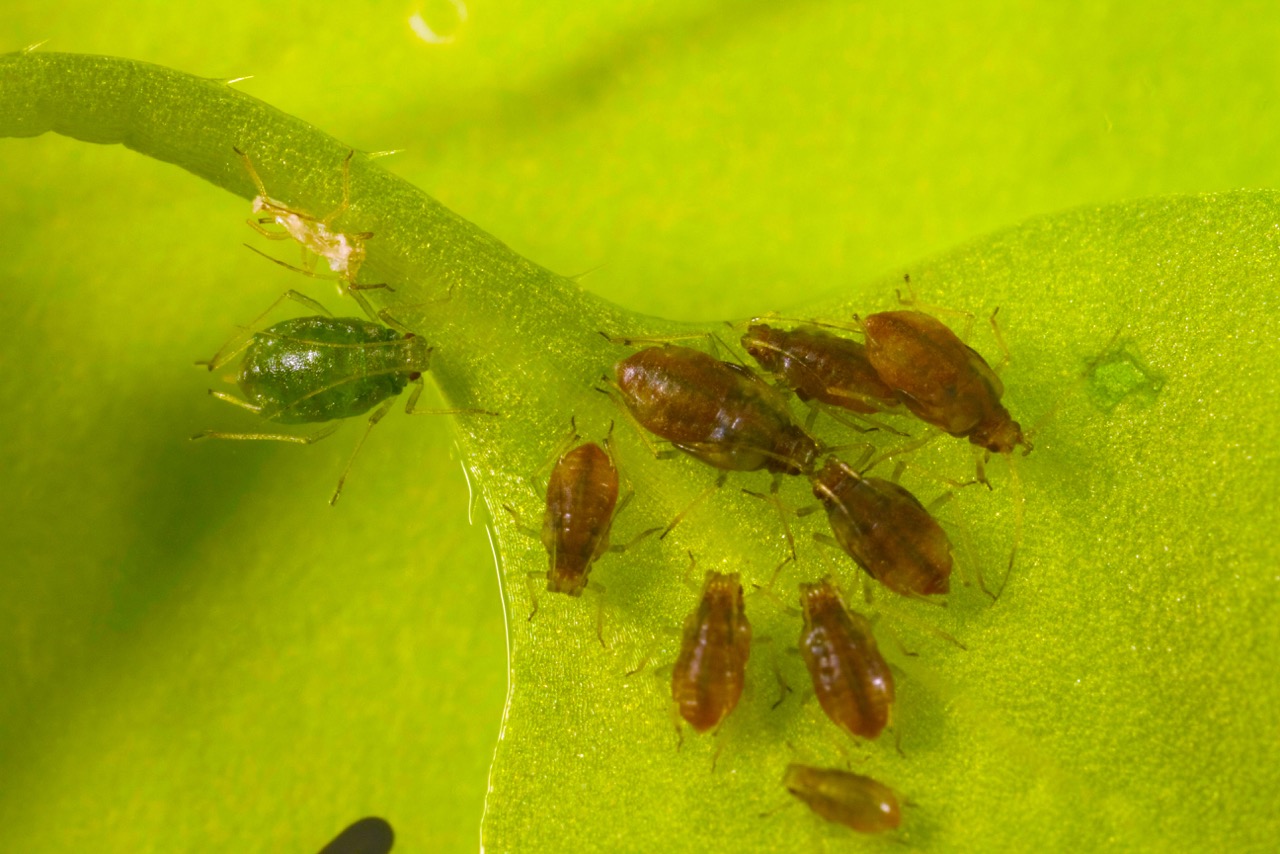 Since 2012, Cesar and collaborators at CSIRO have been tracking the status of insecticide resistance in green peach aphid populations around Australia. During this time, researchers have also investigated the underlying genetic mechanisms that have allowed aphid populations to evolve resistance to a variety of agrichemicals.

Within the vegetable industry green peach aphid will feed on fabaceae, salanacae, and brassicaceae crops. However, no matter the industry, insecticide resistance is an issue that will inevitably ‘crop up’. While the work of Cesar and collaborators has been focused on the status of green peach aphid insecticide resistance in Australian grain growing regions, our key findings also bear important messages for horticultural industries that may be impacted by this aphid. This is particularly true since many horticultural regions are found within close proximity to canola growing regions – a favoured host of green peach aphid.

However, not all resistance is created equal. Based on our surveying results, green peach aphid resistance in Australia currently falls into two categories – target site resistance (in the case of pyrethroids and carbamates), and metabolic resistance (in the case of organophosphates and neonicotinoids). Target site resistance often arises from a conformational change at the active site of the protein to which the insecticide is designed to bind. Such mutations can have a drastic effect on our ability to manage the pest. In the case of green peach aphid that are resistant to pyrethroids and carbamates, spraying these chemicals at the field rate will not provide adequate control of populations.

The impact of metabolic resistance to organophosphates and neonicotinoids has been observed to be less cut and dried. In this case, the aphid displays an increased ability to ‘mop up’ and detoxify the insecticide. Application at field rates may have an impact on green peach aphid populations if they do carry resistance to these chemicals; however, mortality rates can be variable and difficult to predict. Generally, resistance to neonicotinoids in Australian green peach aphid populations has been observed to be at a low level in most populations tested. 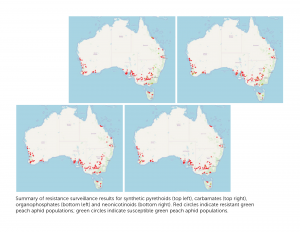 Can we turn back the tide?

Ultimately, it comes down to genetics. Being ‘resistant’ can often come at a fitness cost (for example, a shorter lifespan and fewer offspring). Without selection pressure from insecticides, a mutation that confers resistance may not be passed on as frequently to the next generation. If you can reduce the selection pressure by reducing the number of chemical applications each season, there is a chance of reverting a resistant population to a population with a greater number of susceptible individuals. This means taking an integrated approach to management of green peach aphid and other pests.

In addition, industries must remain vigilant for future control failures. Recently, it was confirmed that a sensitivity shift to sulfoxaflor (Transform™) had been detected in populations collected from Esperance in Western Australia. While arthropods weeds sulfoxaflor remains a highly effective means to control green peach aphid, this recent finding is another important reminder that use of chemical options to control green peach aphid (and other pests) should be limited to only when absolutely needed, and in-line with a resistance management program designed for your farm, industry or region. 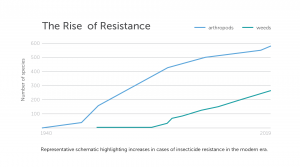 Considerations for the future

A biosecurity issue that has been identified is the threat posed by a mutation carried by green peach aphid populations in Europe and some Asian countries. It is called ‘R81T’ and it confers high levels of resistance to neonicotinoids, as well as cross resistance to sulfoxaflor. Cesar has screened green peach aphid populations throughout Australia for this mutation, including those populations recently found to have decreased sensitivity to sulfoxaflor, and the R81T mutation has not been found.

While the research results described here are derived from screening of aphid populations from predominantly Australian grain growing regions, including vegetable growing regions, keep in mind that aphids can travel large distances in their winged form, and they have no notion of ‘industries’ and state lines. Insecticide resistance is a cross-industry issue that horticultural industries, the grains industry, and other crop groups should be tackling together.

Please contact Dr Jessica Lye at jlye@cesaraustralia.com or visit the Cesar Australia website. The research has been supported by funding from the Grains Research and Development Corporation. Support has also been provided by Corteva Agriscience™. Project partners are Cesar and CSIRO.