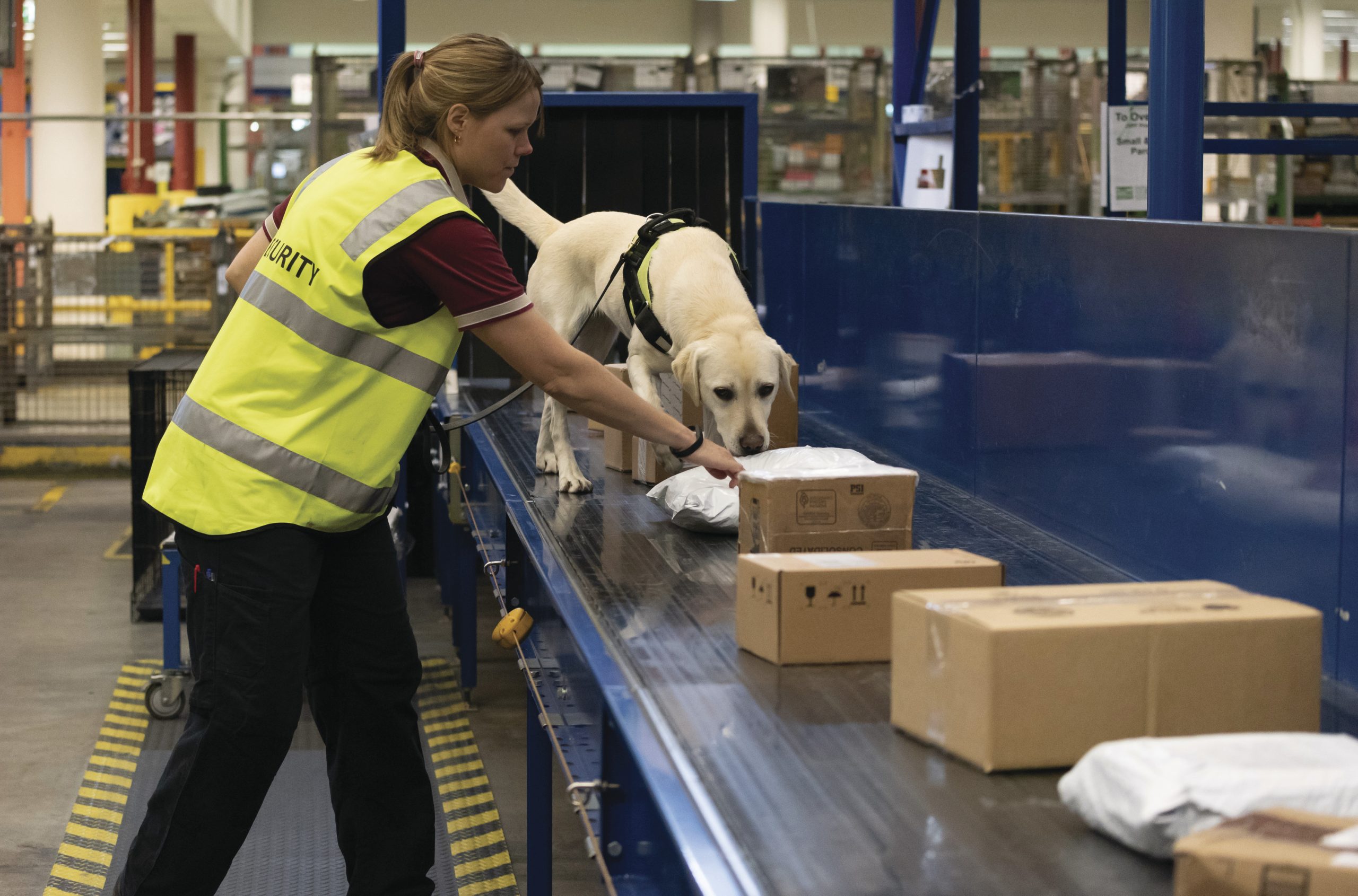 Biosecurity plays a critical role in allowing Australia to remain free from many harmful plant pests, diseases and weeds that exist overseas. Australia’s biosecurity controls are fundamental to protecting the horticultural commodities from pests and diseases. In this edition, AUSVEG Biosecurity Officer Zali Mahony goes behind the scenes at the Federal Government-operated post entry quarantine facility in Melbourne’s north.

Biosecurity describes a series of measures designed to protect individual farming properties, businesses and the nation from the entry and spread of exotic pests.

Australia employs a ‘biosecurity continuum’ to protect our agricultural industries from the introduction of harmful, unwanted plant pests, diseases and weeds while working to sustain and develop valuable export markets. Strict and regulated restrictions are in place offshore, and at Australia’s border and post-border entry, to reduce the risks of imported plant material to Australia’s agriculture sector.

Any plant material entering Australia must comply with our import conditions that are in place offshore and at Australia’s border. The Commonwealth’s post entry quarantine (PEQ) services for plants and animals are consolidated into a single facility in Mickleham, a suburb in Melbourne’s north.

Adrian Dinsdale is the Assistant Director of the Plant Innovation Centre at PEQ. He says biosecurity is critical to Australia in maintaining its highly favourable trading status.

“Australia’s absence of many of the world’s most damaging pests and diseases is a significant enabler in maintaining this status,” Adrian says.

“It forms one of many pillars for agricultural productivity by allowing the production sector to access clean germplasm and new varieties that are free from pests and diseases of biosecurity concern,” she says.

Imported planting materials can potentially carry economically and environmentally significant pests, diseases and weeds that could enter and establish in Australia.

Australia employs strict import conditions for any plant material, including live plants or seeds that are entering the country, which are outlined in the Biosecurity Import Conditions system (BICON). Import conditions are different for each plant species and are determined by the biosecurity risks posed by the goods.

“Import conditions for plants and seeds can vary depending on the plant species being imported; the biosecurity risks they pose; where it is being imported from; and the form of the material that is being imported. This includes tissue culture, seeds, budwood and bare-rooted plants,” Lisa says.

These import conditions may require an import permit being obtained before the goods arrive in Australia; certification and packaging requirements that are required prior to export; and specific on-arrival and post-entry requirements.

“Import permits allow the government to assess the level of risk posed by the plant species proposed for import and consider the conditions that would be necessary to reduce this to an acceptable level of protection,” Lisa explains.

“In some cases, the material may need to undergo testing, treatment or further disease screening at approved sites before they are released,” Lisa says.

This is where the PEQ facility operates within Australia’s biosecurity continuum, as it manages biosecurity risks by growing high-risk plant material in containment facilities and identifying any exotic pests or diseases present. Like import permits, PEQ operates on the risk profiles of imported plant material.

“Some tissue culture is simply inspected and released at the border, whereas high-risk material can spend over 12 months in post entry quarantine,” Adrian says.

The Federal Government’s Department of Agriculture, Water and Environment implements a wide range of different strategies, and has adopted necessary regulatory controls to minimise and manage potential biosecurity risks of imported planting material.

Upon arrival at PEQ, the plant material undergoes inspection by a plant pathologist and horticulturalist to ensure the imported material is: 1.) in good health; 2.) free of pests and diseases; and 3.) meets the conditions of the relevant import permit.

With imported budwood or cuttings, a small sample of plants are selected as index plants to progress through to further PEQ testing. Here, the index plants are rigorously screened for a variety of exotic plant pests and diseases. Before this happens, all plant material undergoes mandatory pest and disease treatment (e.g., bleach, insecticide, hot water), which varies depending on plant species.

“Plants are managed based on their risk profile. This includes their origin and what pests and diseases they can host, rather than what species they are,” Adrian says.

“For instance, the Department currently recognises one high health source in Scotland for potato tissue cultures, which conducts all required testing before these plants are exported to Australia.

“These high health plantlets would only need to undergo PEQ in Australia for half the time that is normally required for the same crop from other providers, and they don’t need to be tested again in Australia if the test had already happened offshore.”

In addition to this, how and when imported plant material is tested is a result of a variety of additional factors. These include plant species, life stage, country of origin, growing season and the parts of the plant that tend to accumulate higher disease loads.

“Leaves are the most common tissues sampled for testing but sometimes we target roots, the central leaf vein or other tissues,” Adrian says.

Biosecurity is a big job, and vigilance must be maintained. Biosecurity is everybody’s responsibility and we all play a role in upholding Australia’s favourable status – free from many of the world’s most devastating plant pests and diseases.

“Before you import, it’s imperative that you take time to understand and ensure that you can comply with all of Australia’s import conditions,” Lisa says.

For growers, the best chance at stopping the spread and establishment of exotic pests is to be biosecurity aware and report anything unusual via the Exotic Plant Pest Hotline on 1800 084 881.

Please contact the AUSVEG Extension & Engagement Team on 03 9882 0277 or email science@ausveg.com.au. The Farm Biosecurity Program is funded by the Plant Health Levy.

Cover image: At the border, DAWE biosecurity officers screen incoming mail, passengers and cargo for goods that pose a biosecurity risk, such as live plants and planting material. Image courtesy of the Department of Agriculture, Water and the Environment.