Parasitoid wasps: The focus of a new biocontrol program for Queensland fruit fly 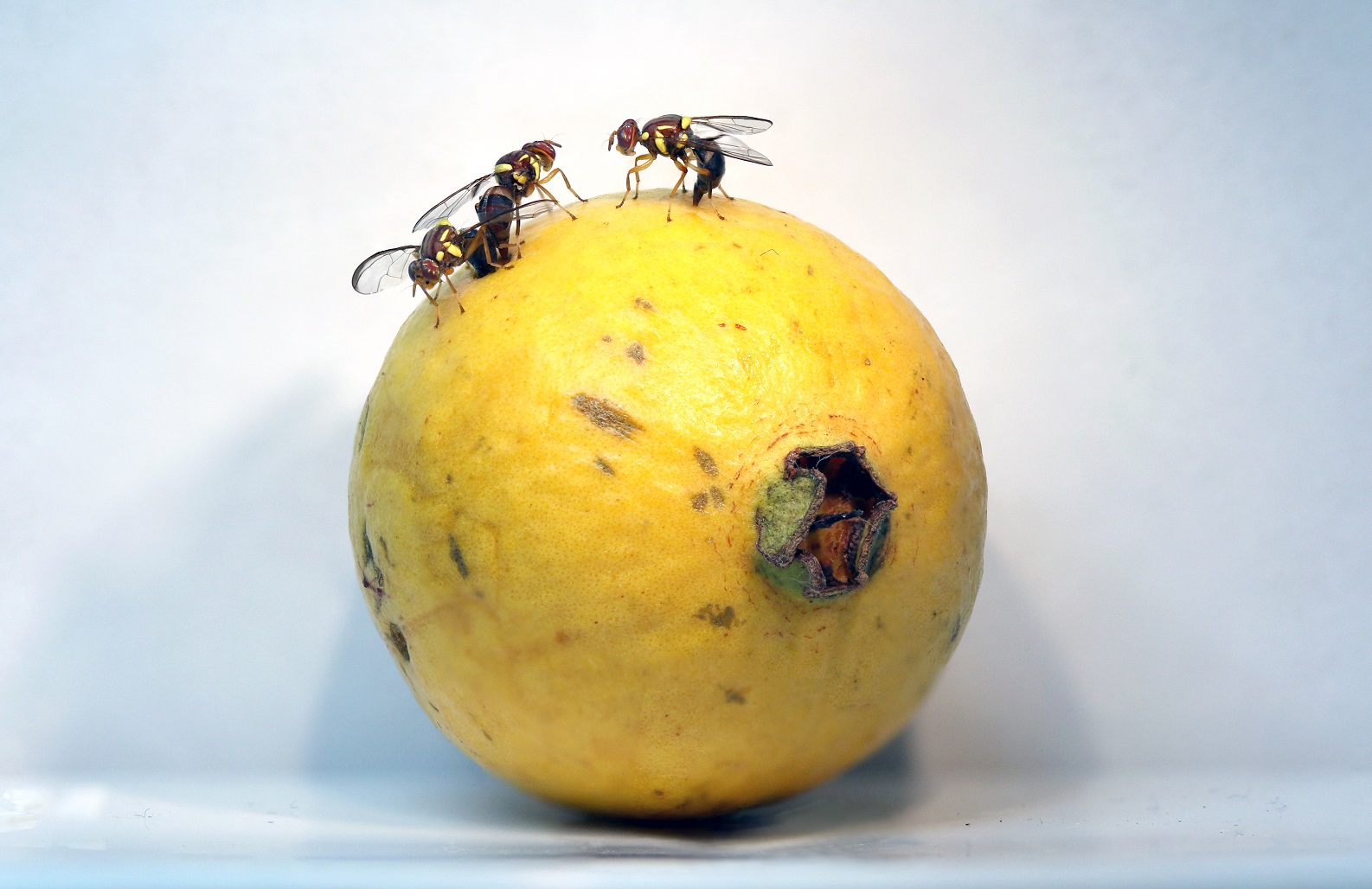 A new national research project is underway that aims to develop a biocontrol strategy for managing Queensland fruit fly populations in Australia. The project focuses on the use of Australian parasitic wasps, or parasitoids, that specifically attack Queensland fruit fly. Project Lead Dr Paul Cunningham from Agriculture Victoria Research provides an overview.

Biocontrol – the use of natural enemies to manage pest populations – is widely regarded as a crucial component of integrated pest management (IPM) and area-wide management strategies to control insect pests. However, for the Australian pest fruit flies, surprisingly little work has been carried out to explore the potential for biocontrol in fruit fly management.

Facilitated by an Agriculture Victoria team led by Associate Professor Dr Paul Cunningham, the national fruit fly biocontrol project is a collaboration between state and territory governments, universities, the horticultural industry, and Hort Innovation. The research is exploring biocontrol strategies that utilise species of parasitic wasps, or parasitoids, as important natural enemies of Queensland fruit fly.

“At present, most of the fruit fly management tools – such as bait spraying, mass trapping, and sterile insect releases – target the adult stage of the fruit fly’s lifecycle, but there are always going to be female flies that manage to evade control and go on to lay eggs in our fruit and vegetables.

“The beauty of this biocontrol is that it targets the egg and larval stages of the fly, so it works really well alongside these other practices.”

Parasitoids: Our friend and a fruit fly’s enemy

Parasitic (parasitoid) wasps are insect predators that are commonly used as biocontrol agents in agricultural environments. These tiny insects are renowned for their amazing sense of smell, which enables them to hunt down their prey – they are essentially the sniffer dogs of the insect world!

The two Australian parasitoid species selected for the biocontrol project are highly specific and only attack tephritid fruit flies (the insect family in which Queensland fruit fly belongs). Both species of parasitoid already thrive in Queensland and northern New South Wales where they can have significant impact on fruit fly populations when conditions are right, knocking populations down by 40 per cent or more.

However, parasitoids of Queensland fruit fly are rare or absent in the southern states where fruit fly populations are increasing.

“This might be because the expansion of Queensland fruit fly populations into southern regions is a comparably recent event, and the fruit flies are ahead of the game: they have moved into enemy-free space where their key predators are absent,” Dr Cunningham said.

“But it might also be because something about the southern climate is less suitable for these parasitoid species,” he said.

“Perhaps because the Victorian winters are too cold or too long for them, or the climate lacks the humidity of the north.”

A major focus of the project is to mass rear the fruit fly parasitoids for release in Victoria and Southern New South Wales. The project is still in its early stages, but scientists have already seen some promising results.

Professor Tony Clarke and his team of fruit fly scientists at the Queensland University of Technology (QUT) collected the two species of parasitoids from the wild and developed methods to culture them in captivity. The two wasp species have now been transported down to Agriculture Victoria Research’s Tatura SmartFarm, where they are being mass reared for release.

“Many of these are now out and about in Victoria doing what they do best – hunting down and killing Queensland fruit fly.”

The Agriculture Victoria team has begun parasitoid trial releases in the Goulburn Valley, Shepparton, and Mildura, and will be continuing with releases next spring. The final stage of the project will examine whether the wasps have established successfully.

“Controlling fruit flies in urban areas could be of massive benefit, if these flies that are breeding in the towns and cities are dispersing into orchards and fuelling the spread of the pest,” Dr Cunningham said.

“If the parasitoid wasps establish well and inflict a good level of control, this will be an extremely cost-effective strategy for growers and the horticulture industry.”

In Queensland and northern NSW, where the two fruit fly parasitoids are established, the project will focus on biocontrol strategies that aim to support and bolster populations of these key natural enemies.

QUT scientists are designing containers called ‘augmentoria’ that infested fruit can be placed into, allowing larvae to emerge from the fruit and pupae. These larvae may or may not be parasitised. Only the adult parasitoids (and not the flies) can escape from the container, providing a means for home gardeners to play a role in increasing parasitoid populations in their local area.

The QUT team is also investigating how habitats can be improved to provide refuges and feeding sites (nectar sources) that support parasitoid populations in orchard environments.

The national fruit fly biocontrol strategy will benefit the horticulture industry, growers, and the environment. It’s also good news for avid gardeners with fruit trees and veggie patches, as it could mean far few maggots in home-grown produce.

Parasitoids for the management of fruit flies in Australia is a nationwide collaboration funded by the Department of Agriculture, Water and Resources, and Hort Innovation, using the apple and pear, citrus, rubus, strawberry, summerfruit, table grape and vegetable levies, co-investment from state governments, and Australian horticultural industries.