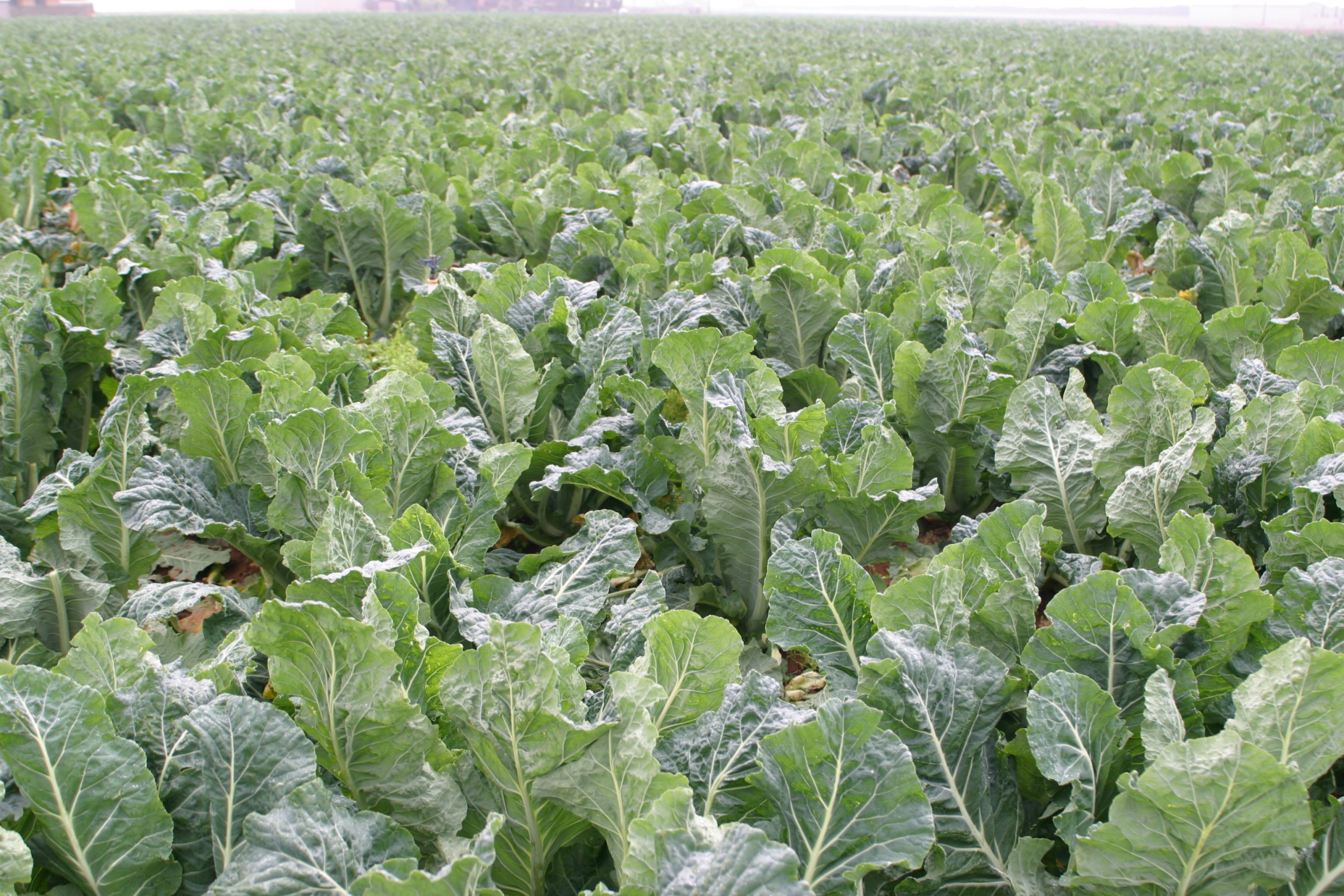 Broccoli has a great image as a healthy, nutritious and flavoursome vegetable. Botanically it is an inflorescence, a rapidly developing head of tiny flower buds with a high respiration rate and few storage reserves. This makes it difficult to transport and store, with yellowing, rots and damage reducing quality – and sales – at retail.

Traditionally, broccoli has been packed in Styrofoam boxes with ice. This keeps broccoli cool and hydrated through the transport chain and looks good when the box is opened. However, this system has many disadvantages. The power and potable water needed to make ice, extra transport costs and the expense of packaging are negatives for packers. Styrofoam is non-biodegradable as well as difficult to recycle and, if the ice melts, broccoli ends up floating in a rot-inducing soup.

Keeping broccoli green and fresh without ice would therefore seem to have advantages for growers, packers and consumers alike.

Optimising cooling and packing processes is vital to retain broccoli freshness. Broccoli absorbs 2-5 per cent weight during hydrocooling or hydro-vacuum cooling, which suggests that products added to the water – such as sanitisers, carbohydrates or other products – are also absorbed.

The final stage of project VG14062 Process improvements for preserving peak freshness of broccoli (Stage 2), undertaken by Applied Horticultural Research, tested the effects of adding sanitiser, a carbohydrate source, or an artificial plant cytokinin (a class of plant hormones) to water during cooling.

It also tested the effects of the fumigant ‘SmartFresh’ on broccoli storage and shelf life.

None of the sanitisers tested reduced postharvest development of rots in broccoli that had been infected in the field. Adding sanitisers to hydrocooling water also had no effect on rots, with infection rates remaining low even when pathogens were added to the water.

While broccoli treated with chlorine products was similar to untreated heads, some of the sanitisers tested actually had negative effects on quality. The results suggest that adding sanitisers to hydrocooling water cannot control postharvest rots.

However, they may be used to ensure food safety. Adding carbohydrates such as sucrose and dextrose to the cooling water also failed to improve quality and, in some cases, floret rots increased. Better results were gained using the artificial plant cytokinin 6-benzylaminopurine (BAP). Adding 50ppm BAP to hydrocooling water increased the time broccoli remained green at seven degrees Celsius from less than two weeks to three weeks.

Treating broccoli immediately after harvest, rather than after a delay of several days, returned the best results. Although BAP resembles natural plant cytokinin B, it is a manufactured product.

Unfortunately, BAP is not currently registered for postharvest application to broccoli. Perhaps the most exciting results were gained using a new formulation of 1-methylcyclopropene (a synthetic plant growth regulator), marketed as ‘SmartFresh’.

SmartFresh is already routinely applied to fruit crops such as apples, pears and plums, and it is also registered for use on broccoli. It blocks the product from producing or responding to ethylene, and this reduces ripening, yellowing and other ageing processes.

SmartFresh is normally applied by releasing the fumigant inside a sealed room. A few hours of exposure to as little as 1ppm (0.0001 per cent) is all that is required, with residues undetectable in the treated product. Unlike apples, large quantities of broccoli are rarely stored, which makes batch application of SmartFresh problematic.

However, a new formulation of 1-MCP called ‘In-Box’ allows sachets of the fumigant to be added directly to packed cartons. When combined with the matched RipeLock liner, results can be impressive.

Broccoli treated with SmartFresh was repeatedly found to be as good as or better than broccoli packed in Styrofoam with ice, even if the cool chain was not maintained. The effects are retained after the broccoli is placed on retail display, as it remains protected from ethylene produced by ripening produce on the shelf.

AgroFresh is now gathering the data required to register the new InBox formulation of 1-MCP for commercial use on broccoli in Australia. At the same time, other delivery mechanisms are still being developed. While these remain confidential, it is believed these could provide growers and packers with an even easier way to apply SmartFresh during packing of broccoli.

Keeping broccoli green and fresh without ice appears to have many advantages for growers, packers and consumers alike.

The final stage of project VG14062 tested the effects of adding sanitiser, a carbohydrate source, or an artificial plant cytokinin to water to optimise cooling and packing processes of broccoli. It was found that none of the sanitisers tested reduced postharvest development of rots in broccoli that had been infected in the field, and adding sanitisers to hydrocooling water also had no effect.

However, adding the artificial plant cytokinin 6-benzylaminopurine (BAP) to hydrocooling water increased the time broccoli remained green at seven degrees Celsius from less than two weeks to three weeks. The most promising results were delivered by using a synthetic plant growth regulator marketed as ‘SmartFresh’.

Broccoli treated with SmartFresh was repeatedly found to be as good as or better than broccoli packed in Styrofoam with ice, and there is now data being collected to register the new InBox formulation of 1-MCP for commercial use on broccoli in Australia.

For more details about the research, please contact Dr Jenny Ekman on 0407 384 285 or email jenny.ekman@ahr.com.au.

This project was a strategic levy investment under the Hort Innovation Vegetable Fund.

VG14062 was funded by Hort Innovation using the vegetable research and development levy and contributions from the Australian Government.

The final report for this project is available on InfoVeg.