Gaining a wealth of knowledge around healthy soils 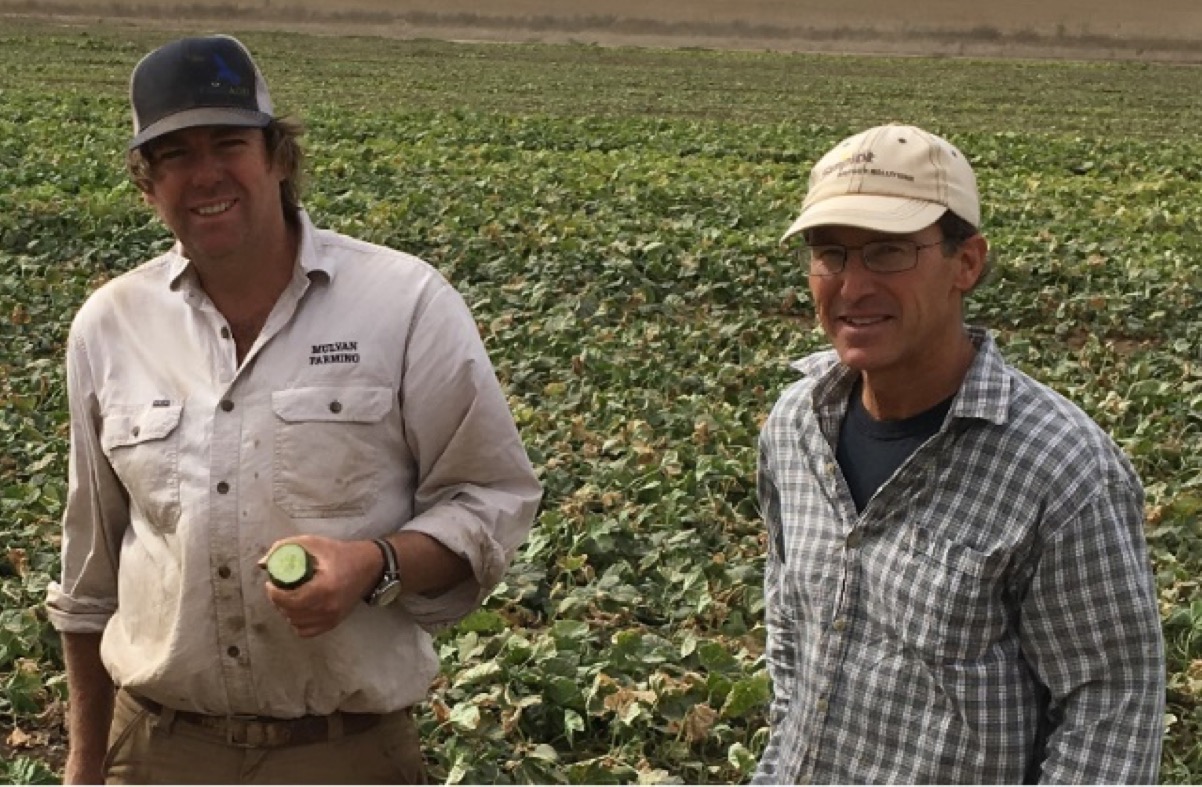 Strategically managing cover crops, crop residues and reducing tillage with strip till is a current focus for Ed Fagan and his growing operation, Mulyan Farms in Cowra, New South Wales. In 2019, Ed spoke to Vegetables Australia about his involvement in phase one and two of the Soil Wealth and Integrated Crop Protection projects, and what he has achieved as a result.

For over a decade, New South Wales vegetable grower Ed Fagan has been conducting soil trials and cover cropping programs at his Cowra property.

In 2014, Ed’s investigations branched out further when he became involved in the Soil Wealth and Integrated Crop Protection (ICP) extension projects (VG13076 and VG13078), strategic levy investments under the Hort Innovation Vegetable Fund.

These projects proved successful and have led to the current five-year investment – Soil Wealth ICP Phase 2 (VG16078), which is aiming to respond to increasing economic, consumer, environmental and technological demands on vegetable producers. It’s currently delivering integrated, independent, research-based information to growers (such as Ed) and advisors to support business decisions on soil management and plant health.

Mulyan Farms covers 1,600 hectares and produces a variety of vegetables, including baby leaf spinach and lettuce, beetroot, asparagus, cucumbers and popcorn, as well as broadacre crops and sheep. The soils have been used for horticulture crops continuously since 1943, and this has led to a reduction in the fertility and structure of the soil over time.

“We’d see soil on tree lots that were untouched, and it was beautiful; then in the fields it was starting to look degraded. So, we were keen to get on-board with the Soil Wealth and ICP projects from the start,” Ed says.

“We were using composting and a few other things like that, but when this project came along we saw it as a natural fit for some pretty depleted soils.”

During the last 10 years, Ed has been watching his least performing paddock flourish as a result of earlier trials and subsequent involvement in the Soil Wealth and ICP projects. Performances and results across a variety of cover cropping programs have proved beneficial and Ed has enjoyed seeing the results recorded over many years, rather than just one or two.

“Water infiltration rates are much better than what they were. Soil fertility tests generate similar results with nutrient levels, but we get a much better plant response there than what we had before,” Ed says.

“The plants are able to access the nutrients that are within the soil better and the structure of the soil is completely different. Before it was raw dirt, now it’s a soil that plants love.”

Ed says the trial that will have the most impact on Mulyan Farms is cover cropping and using strip tillage (strip till) for minimum soil disturbance, while still getting good plant establishment and soil cover retention on the remainder of the ground.

“It’s beneficial in multiple ways: we’re not disturbing the soil and we’re tram-tracking. There’s controlled tracking of all of our equipment,” he says.

“Quite often as a grower, you don’t see huge differences. We know that there are differences, but you’ve got to get out and measure and weigh to see the change.

“With strip till and cover crop, it is chalk and cheese [compared to no cover crop] – you can see the results as plain as day. It’s a cheaper crop to grow and we get better yields at the end.”

Ed first saw strip till being used in 1999 in Nebraska and Kansas, and says the adoption rate in the corn belt was significant.

“It seemed that you’d go to any farm in the US and you’d see a strip tiller in their machinery yard. And yet it wasn’t here at all – there were none at that time in Australia. I’m not surprised by the results that we’ve recorded. I’d been championing this for quite some time, and it was gratifying to see it work as well as it did.”

While not every on-farm trial has worked for Ed during the Soil Wealth project, there have been certain aspects of it (such as the cucumber crop case study) that have worked very well. Ed encourages growers who are interested in the project’s results to get in touch to discuss further.

“I know as a grower I look at articles and read publications where people say, ‘we’ve got these results.’ The industry is fairly small, and if you’ve got any doubts just ring the grower themselves who did it and find out if it worked.

“The reason we undertake these projects is so that the industry becomes more sustainable and profitable, so when growers do things, we certainly don’t want to go out and say they work when they don’t. But when they do, we really want people to know.”

More about Mulyan Farms and its involvement can be found on the Soil Wealth website or on Facebook.