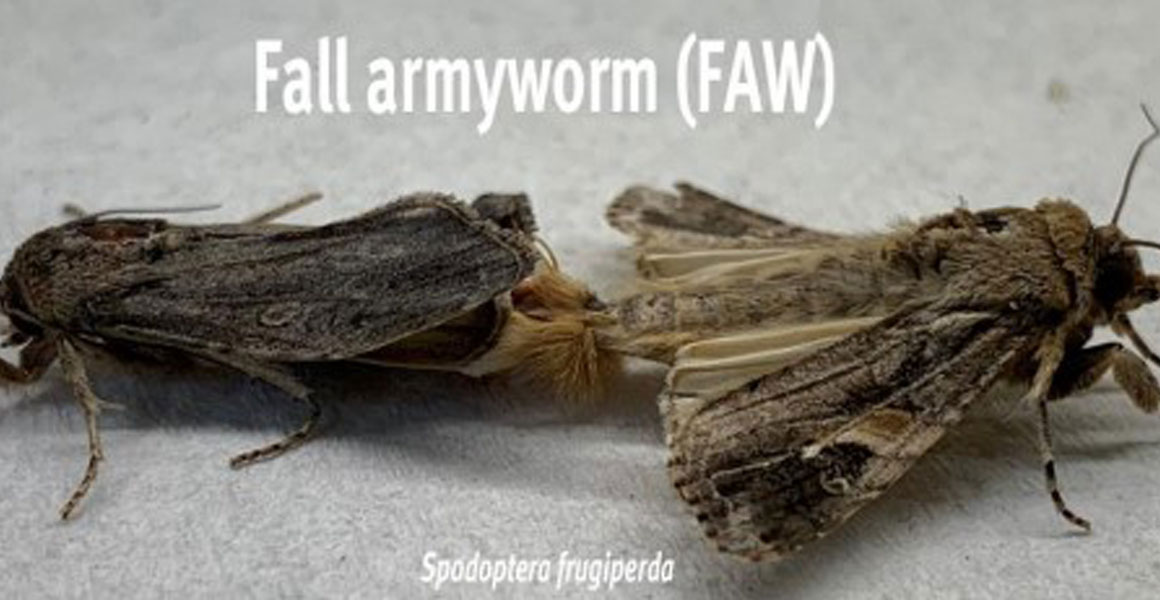 After state and federal biosecurity organisations determined eradication of fall armyworm (FAW) unfeasible, this pest it is now classified as endemic.

In response to this incursion, the Queensland Government has funded a network of pheromone traps to better understand the potential range of FAW in QLD and how it might impact cropping and grasslands systems.

Throughout winter, low levels of FAW moths were detected in the Richmond, Longreach, Emerald and Bundaberg traps, but no larval populations reported.

However, large numbers of moths have been detected in Mackay as well as above threshold larval populations.