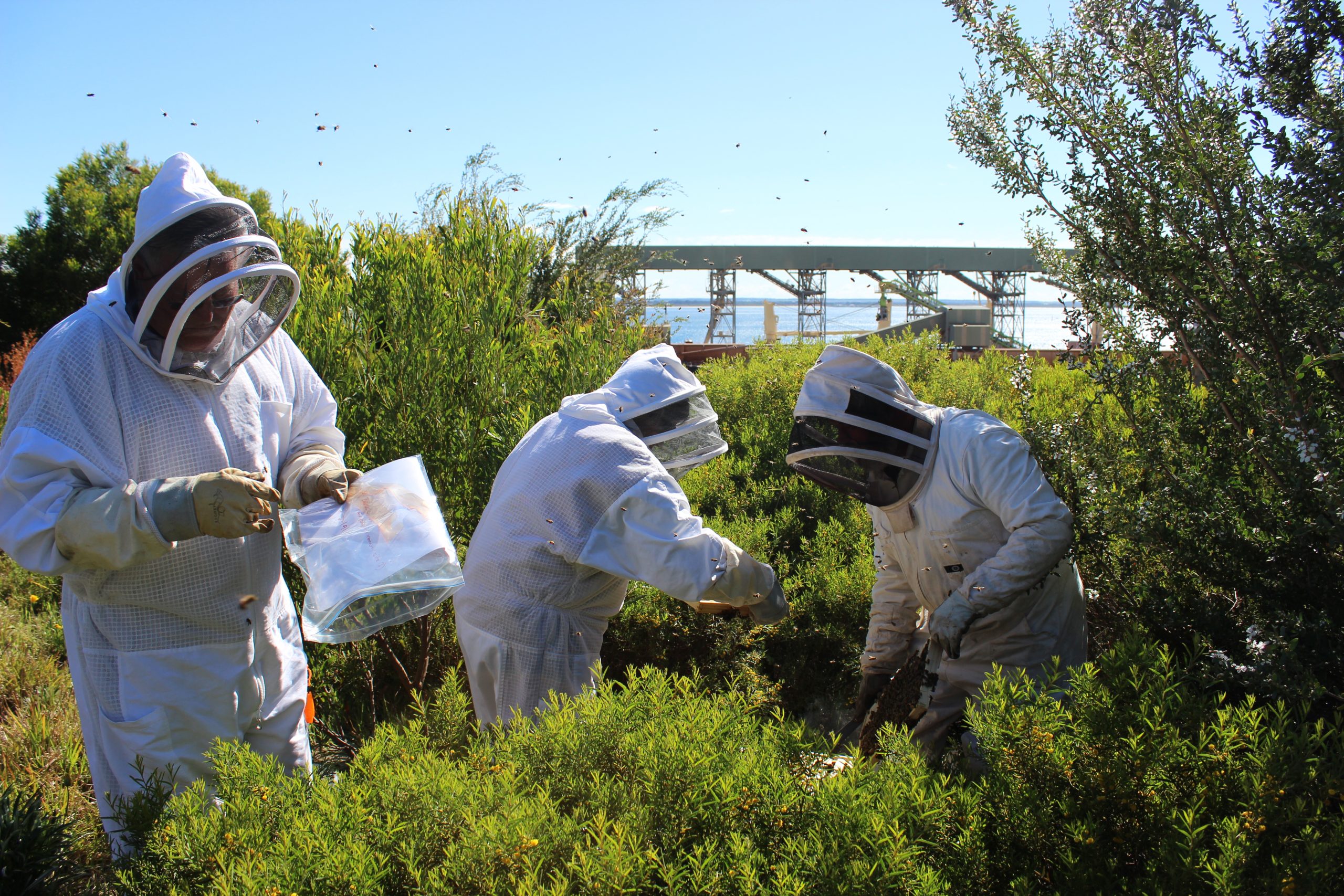 From 2016 to 2021, the Enhanced National Bee Pest Surveillance Program (NBPSP) a multi-industry project, delivered nationally coordinated bee pest surveillance activities to help safeguard honey bee and pollinator-dependent industries in Australia. The objective of this program was to act as an early warning system to detect new bee pest or disease incursions to provide the best chance of containment or eradication. Vegetables Australia spoke to one of the project leaders from Plant Health Australia, Dr Sharyn Taylor, about the project and its outcomes.

A five-year project that was part of the Hort Frontiers Pollination Fund, Enhanced National Bee Pest Surveillance Program (NBPSP), was a significant partnership between industry and government, with investment through Hort Innovation and delivery and expertise provided by state and territory governments.

The program operated at ports of entry around Australia, undertaking surveillance aimed at detecting new bee pest or disease incursions as soon as possible after they entered the country.

This work provided regular collection and national collation of surveillance data relating to honey bee pests, and tested a range of new techniques to improve the efficiency and efficacy of surveillance methods.

In a first for an industry/government program, data were collected into the national surveillance data system, AUSPestCheck™. This system supports national visualisation of these important data sets to gi

ve industry and governments a national view of surveillance being undertaken.

Surveillance was undertaken for 18 pests and project activities included national coordination, deployment of sentinel hives (hives containing live bees) and floral sweeping for bees at key ports around Australia. For ports in Western Australia, Tasmania and Queensland, beekeepers actively supported maintenance of the sentinel hives used in the NBPSP, bolstering expertise and capacity to the program, ensuring surveillance could be undertaken at a larger number of ports.

The project developed a range of new techniques and tools including prototype catchboxes to support detection of swarms at remote locations, systems for enhanced data management, and diagnostic protocols.

Dr Taylor said the economic value of European honey bees (Apis mellifera; EHB) as both managed hives and unmanaged (feral) colonies, has been difficult to estimate.

“However, figures from 2014-2015 have calculated their contribution to the Australian economy to be between $8.35 billion and $19.97 billion, largely through pollination services,” she said.

The impact of EHB on pollination varies across vegetable crops, with crops such as pumpkin, squash and zucchini much more reliant on honey bees to increase production, while others such as carrots and brassicas require pollination for seed set.

“Australia holds the enviable status of being free from many significant pests and diseases of honey bees that pose a major threat to bee populations worldwide with our honey bees among the healthiest in the world,” Dr Taylor said.

“In order to protect the profitability of key industries, the program focused on activities that assist Australia maintain freedom from this range of pests and diseases with surveillance in areas considered to be of highest risk for the entry and establishment of exotic bee

“The NBPSP was established to undertake consistent and timely surveillance across high-risk sites, providing an early warning system and the best chance of containment or eradication of a new pest.”

As a result of this project, the NBPSP determined that – due to the wide range of environments across Australia – differing surveillance techniques and timing of inspection of these

techniques had to be tailored to the different ports and the pest risk types of highest concern.

“The NBPSP identified that due to the high risk of entry of Asian bee species – and the pests they may carry – entering ports in northern Australia, specific techniques were required that could detect these threats,” Dr Taylor explained.

“Improvements to data collation across the program was also a major achievement, ensuring that data was able to be assessed and accessed in a timely, effective and efficient way.”

Dr Taylor outlined that in recognition of the importance of this work to protect pollination reliant industries, a second major program commenced in December 2021.

“The National Bee Pest Surveillance Program 2021-2024: Transition program will build on the original project to improve on the efficiency of delivery of bee pest and pest bee surveillance, with a focus on activities at the highest risk ports of entry of pests and using techniques that are most suited to the pest risk threats,” she said.

“The new project incorporates a communication element to raise awareness of the importance of surveillance for early detection of bee pests to protect plant industries.”

This three-year project is being funded by Hort Innovation, the Australian Honey Bee Industry Council and Grain Producers Australia, with ongoing significant input and collaboration with state and territory governments.

The importance of honey bees in vegetable crops

The vegetable industry is made up of many crop types that are reliant on honey bees, and Plant Health Australia’s Dr Sharyn Taylor said that the protection of honey bee populations – either as a managed resource or as feral populations – provides benefits in yield or seed production.

“Overseas, pests such as Varroa mite, have contributed to honey bee colony collapse, significantly increasing the cost and decreasing the availability of pollination services,” she said.

“This program provides the best chance of detecting bee pests early, with the greater likelihood of eradication, containment or improved early and effective management of new pests.”

The final report can be accessed from the Hort Innovation website.

This project was part of the Hort Frontiers Pollination Fund and involved levy investment from the almond, apple and pear, avocado, macadamia, onion, prune, raspberry and blackberry, strawberry and vegetable industries with contributions from the Australian Government.