Safeguarding the future of the Tasmanian pea industry 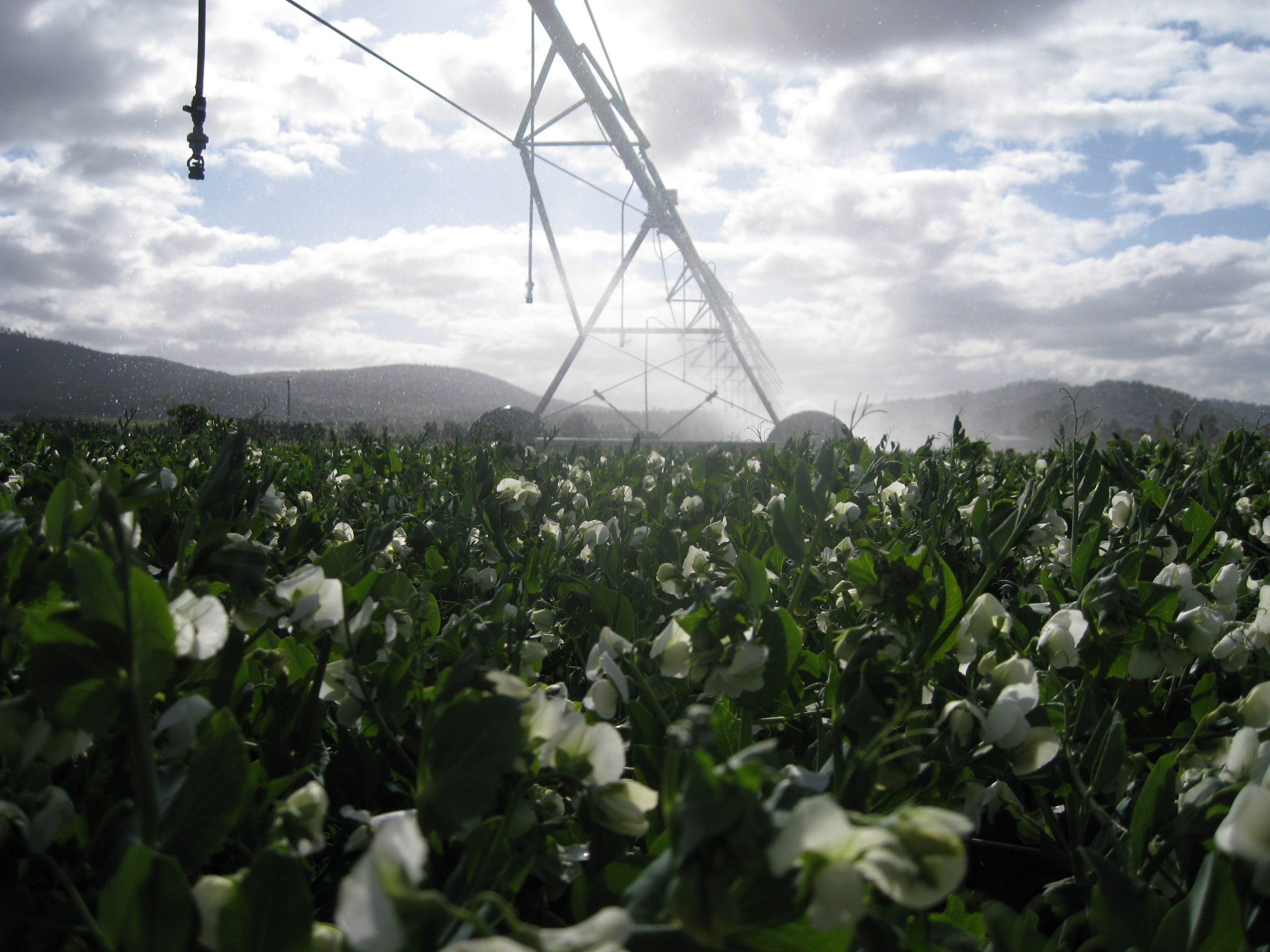 For three years, researchers at the Tasmanian Institute of Agriculture (TIA) joined forces with Simplot Australia to undertake an investigation that focused on improving the productivity and profitability of processing peas in Tasmania. In September 2019, Project Lead Associate Professor Alistair Gracie discussed the fundamental findings of the ‘Precision Peas’ project.

The processed green pea industry in Tasmania is focused on increasing its economic competitiveness in a global market through increasing production efficiencies. Green peas are an important crop within the intensive vegetable cropping system in the state.

Each year, Tasmanian vegetable growers produce approximately 24,000 tonnes of green peas from about 4,000 hectares for processing worth an estimated $10 million at the farm gate. The Australian Bureau of Statistics reported that the volume of green peas produced in Tasmania accounted for around 95 per cent of total production of green peas for processing in Australia. The vast majority of these peas are frozen and sold in domestic markets. Crop establishment practices have been identified as key areas for improvement.

It also sought to better understand how individual plant structure within crops influences yield and how water availability at key stages of crop development interacted with the plant spatial arrangements and density to affect overall crop performance. These understandings have been used to inform agronomic recommendations.

The project was undertaken by the Tasmanian Institute of Agriculture, in partnership with Simplot Australia. Simplot contract-grows all green peas for processing in Tasmania, which accounts for around 95 per cent of the total production in Australia. The support and advice from Simplot staff is gratefully acknowledged by the project team.

Field trials were undertaken across three production seasons (2016/17, 2017/18 and 2018/19) in commercial crops in northern Tasmania and at the Forthside Vegetable Research Station (FVRS) in Forth, where trials reflected standard industry practices.

From the benchmarking of industry practices, stand densities in commercial crops mostly fell between 80 to 120 plants/m², but ranged from ~60-140 plants/m². Detailed trials at FVRS across three production seasons indicated that a stand density of approximately 110 plants/ m² was an ideal target.

Although slightly higher gross returns can be achieved at higher stand densities, there is a trade-off between the marginal increase in yield and the cost of seed for sowing, which accounts for about one-third of the cost to pea growers.

Field trials investigating the interaction between irrigation pre- and post-flowering and stand density (80, 100, and 120 plants/m²) demonstrated that appropriate soil water availability to crops both before and after flowering is required to maximise crop performance.

While gross returns (and thus yield) generally increased with higher stand density (from 80 to 120 plants/m²), this was not the case when irrigation was insufficient during flowering, pod set and pod fill, which resulted in lower returns as stand density increased.

This highlights the importance of higher inputs for higher stand density crops throughout the crop lifecycle to realise the benefits. Planters used to establish crops are usually based on either 125mm or 200mm inter-row spacings.

Field trial comparisons showed that pea returns were on average seven per cent higher ($348/ha) in 125mm than 200mm row spacing at the same stand density. This seven per cent increase associated with reducing the inter-row spacing represents a net benefit with no additional costs.

Perfect spatial arrangements by hand sowing seed at equal distances within and between rows demonstrated a further benefit of up to nine per cent. Significant investment in precision technology would be required to capture this benefit.

Surveys of commercial seeders used in industry identified significant variability in achieving the target stand density and plant spacing within and between rows, with target intra-row spacing achieved less than 50 per cent of the time in the majority of crops.

Variability arose through double seed drops, and due to large gaps along rows because of misses. The survey outcomes highlighted the importance of maintaining drills, calibrating equipment and soil preparation to achieve consistent planting and thus plant structure.

Plant size and health at the time of flowering is a key determinant of yield. This was identified in a survey across commercial crops and from field trials investigating the effect of timing of irrigation. Severe water deficit preharvest led to shorter plants and low yield that could not be overcome by high levels of irrigation post-flowering.

The majority of peas that contribute to harvested yield arise from the first two nodes to flower on plants. Attempts to modify plant structure, and thus harvested yield potential, was explored using sub-lethal doses of herbicide or the physical removal of the apical meristems at key stages. While multiple reproductive branches could be stimulated, the plants appear to adjust resource partitioning and the number of peas produced.

This project has produced new knowledge on the establishment factors of plant spacing and density in commercial settings, and highlights the importance of achieving target densities and the prevention of crop water stress. This knowledge will facilitate the achievement of the 8t/ha target collectively set by the industry.

This project has identified optimal conditions for plant establishment and irrigation. The following recommendations will assist the processing green pea industry to achieve the yield target of 8t/ha: