There has been a suspect detection of serpentine leafminer (also known as pea leafminer) Liriomyza huidobrensis on field grown vegetables in Western Sydney. The seven infested properties are situated in a peri-urban area of the Sydney basin. There are seven additional suspected infested properties.

The pest is wind borne and eggs, larvae and pupae can be spread through the movement of plant material, soil, clothing and equipment.

On 22 October 2020 a grower in Western Sydney phoned the Exotic Plant Pest Hotline and reported the presence of suspected exotic leafminer on his property. When the property was inspected on 23 October several vegetable hosts were infested, with the infestation having spread across the property. Live and dead specimens were collected and submitted for diagnostic testing.

On 29 October the specimens were identified as serpentine leafminer. This identification was confirmed on 2 November. Secondary confirmation testing is pending.

The NSW Department of Primary Industries is establishing an Incident Management Team and Local Control Centre to coordinate the response. Infested sites are being assessed to inform further actions which may include treating host plants with pesticides and removal and destruction of severely infested host plants.

The Consultative Committee on Emergency Plant Pests met on 6 November 2020 to discuss the incident. The committee agreed to recommend that the serpentine leafminer is an emergency plant pest. The committee will meet again to decide if serpentine leafminer is technically feasible to eradicate once further information has been gathered from surveillance and tracing activities.

There have been no previous detections of serpentine leafminer in Australia.

Serpentine leafminer damage is primarily caused by larvae feeding under the surface of leaves. Typically, this feeding causes long, narrow, serpentine-shaped ‘mines’ which appear as white or grey lines on leaves with dampened black and dried brown areas. 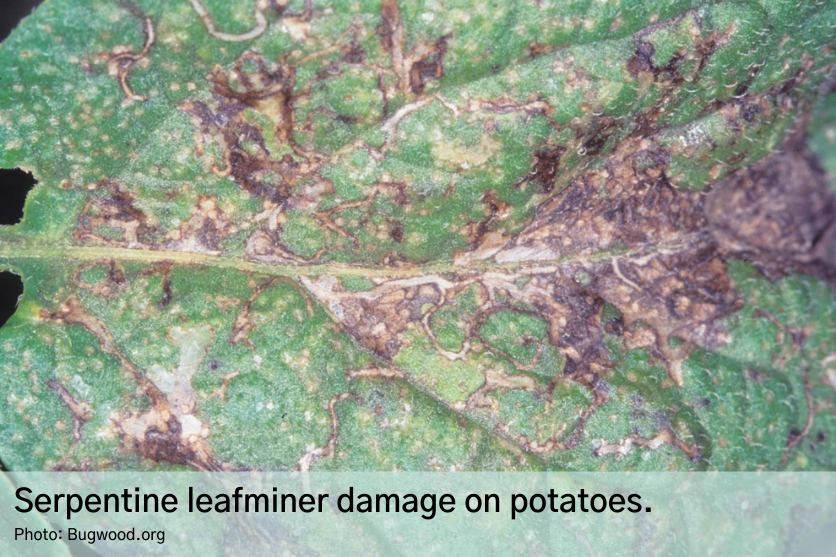 Production nurseries and growers should always check their crops regularly for signs of plant pests and disease. If you suspect a serpentine leafminer infestation, report it to the department of primary industries or agriculture in your state or territory. You can do this by phoning the Exotic Plant Pest Hotline on 1800 084 881.

Good on-farm biosecurity practices are vital to preventing incursions of plant pests and diseases. The farmbiosecurity.com.au website has helpful information that can be tailored to your property.