RD&E Program for control, eradication and preparedness for Vegetable Leafminer – 2017 – 2020

‘MT16004 – RD&E Program for control, eradication and preparedness for Vegetable Leafminer (2017-2020)’ was developed in recognition of the extensive impact that Vegetable Leafminer (VLM; Liriomyza sativae) could have on the vegetable, nursery, melon, and potato industries were it to move into production areas with no management plan in place.

Throughout the duration of the project, project partners:

AUSVEG delivered the communications and extension component of the program, which aimed to improve awareness of VLM, SLM, and ASLM in vegetable, nursery, potato and melon production regions, as well as inform growers about methods of control as developed throughout the project. Over the course of the project, AUSVEG delivered 19 workshops, eight webinars, three podcasts, two videos, and numerous articles and project updates. Visit the ‘Extension Package’ tab above to view and download these resources.

Interactive tool to map key areas most at risk of VLM

cesar has created an interactive tool to map key areas of Australia most at risk of VLM. Click on the image below to access the tool. 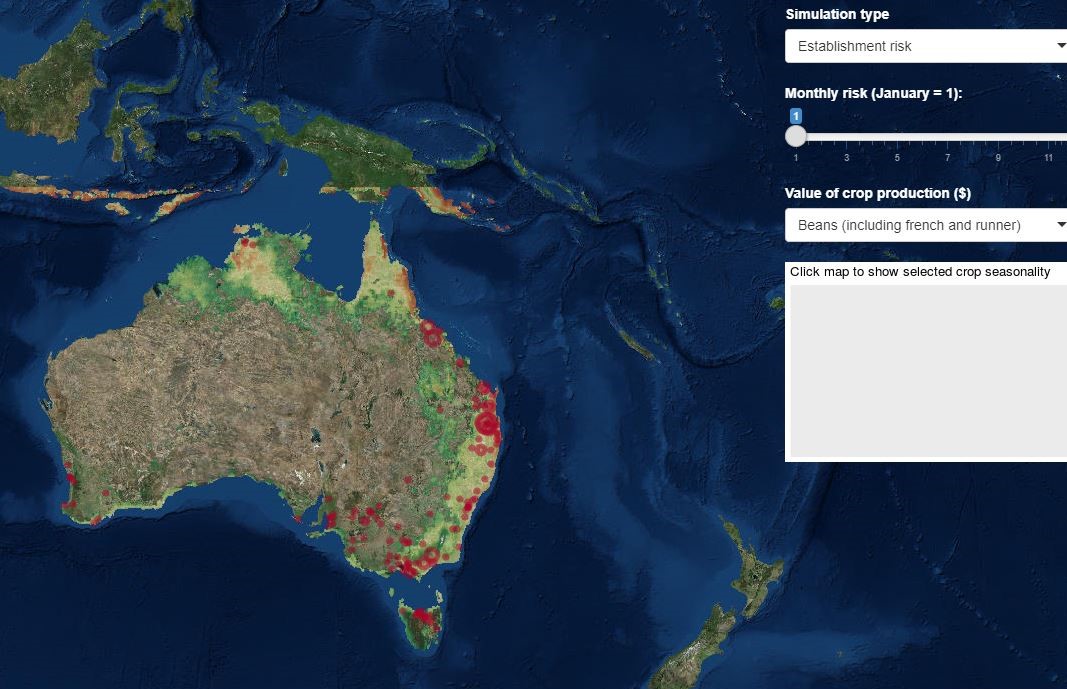