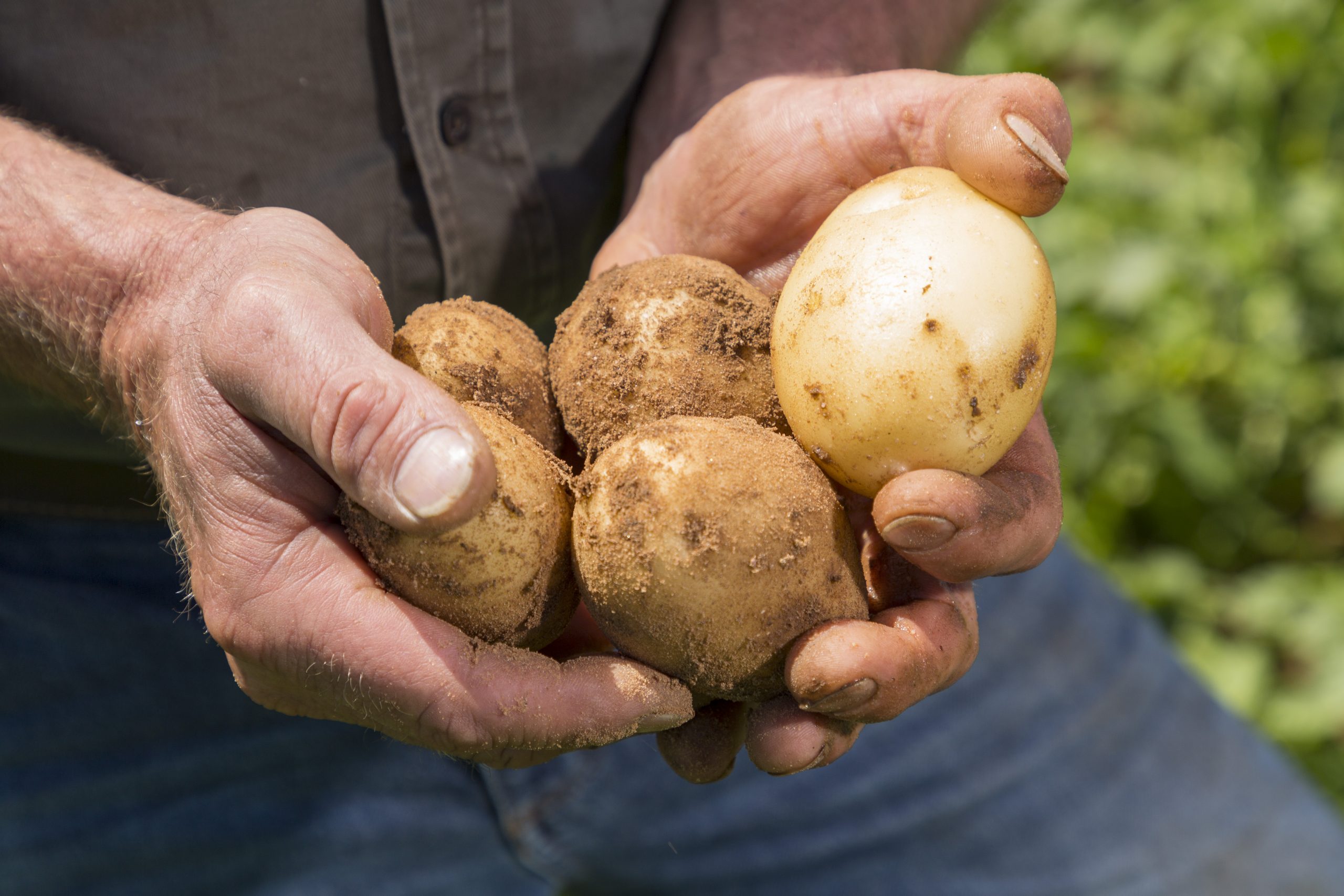 As South Australian potato grower Aaron Haby reflects on his 2012 tour to Belgium and the United Kingdom, it’s Queen Elizabeth II, quality and networking that stick uppermost in his mind – but not necessarily in that order.

The General Manager of Forster Hill left the heart of Murray River country, about 100 kilometres northeast of Adelaide, and was soon surrounded by the pomp of the Queen’s 60th anniversary celebrations in London.

After visiting farms, markets and a research station in Belgium, the 10-day tour continued by train to London and then to Edinburgh for the triennial World Potato Congress. World Potato Congress Grower Tour – Scotland 2012 (PT10702) was a strategic levy investment under the Hort Innovation Fresh Potato and Potato Processing Funds.

Aaron says he was thankful to attend the tour but for all the cultural experiences he acquired, the opportunity made him realise “we do grow the world’s best product” in terms of quality and “our standards are so high that we’re probably our own worst enemy”.

Comparing farming practices was hard, he said, considering European farmers grow their potatoes ‘dry land’ in a paddock using only rain – a far cheaper alternative to irrigation in Australia. Factor in also that the European potato crop is solely a summer crop as the ground is too hard in winter, and the fact potato consumption is among the highest per capita in the world. European potato growers have access to 700 million potential customers, compared to Australia’s 22 million.

“In Scotland, they store their potatoes over winter and can’t make any more or less so they manage to sell everything they produce. Our product here we dig it weekly, fresh, and if it’s not up to spec, you’re in trouble as it halves your profit if it becomes second grade,” Aaron says.

“We learnt a bit about storage when we were there and certainly got some tips on how to look after our potato seed better.

“Economies of scale were a big thing. The biggest paddocks we saw are somewhere around four or five hectares. We came back here and it’s 30 hectares. I felt we are pretty blessed when we got home.”

In many ways Aaron said the tour, which provided an insight into the retail, R&D and production aspects of the European industry, highlighted that Australian potato growers were doing plenty of things right.

“It’s hard to quantify exactly how much I did learn, but it was a good experience overall,” he says.

“Any time you go somewhere else and look at what people are doing, you feel privileged. You learn different ways of doing things and soon discover whether you’re doing things the right way or the wrong way.”

Aaron would recommend a grower tour to colleagues as the networking alone among the touring group continues to reap rewards down the track in terms of exchanging ideas, collaborating and diversifying.

“All farmers have a great attention to detail, so by talking with others you’ll pick up ideas and small things you can use,” he says.

“I still talk with people from the tour and we help each other out. “Luck and crossing your fingers aren’t good enough nowadays, so it’s vital that we stay informed if we want to make a living and make it work now and for the next generation.”

This article first appeared in the 2017 Grower Success Stories: Real results from the potato R&D levy.