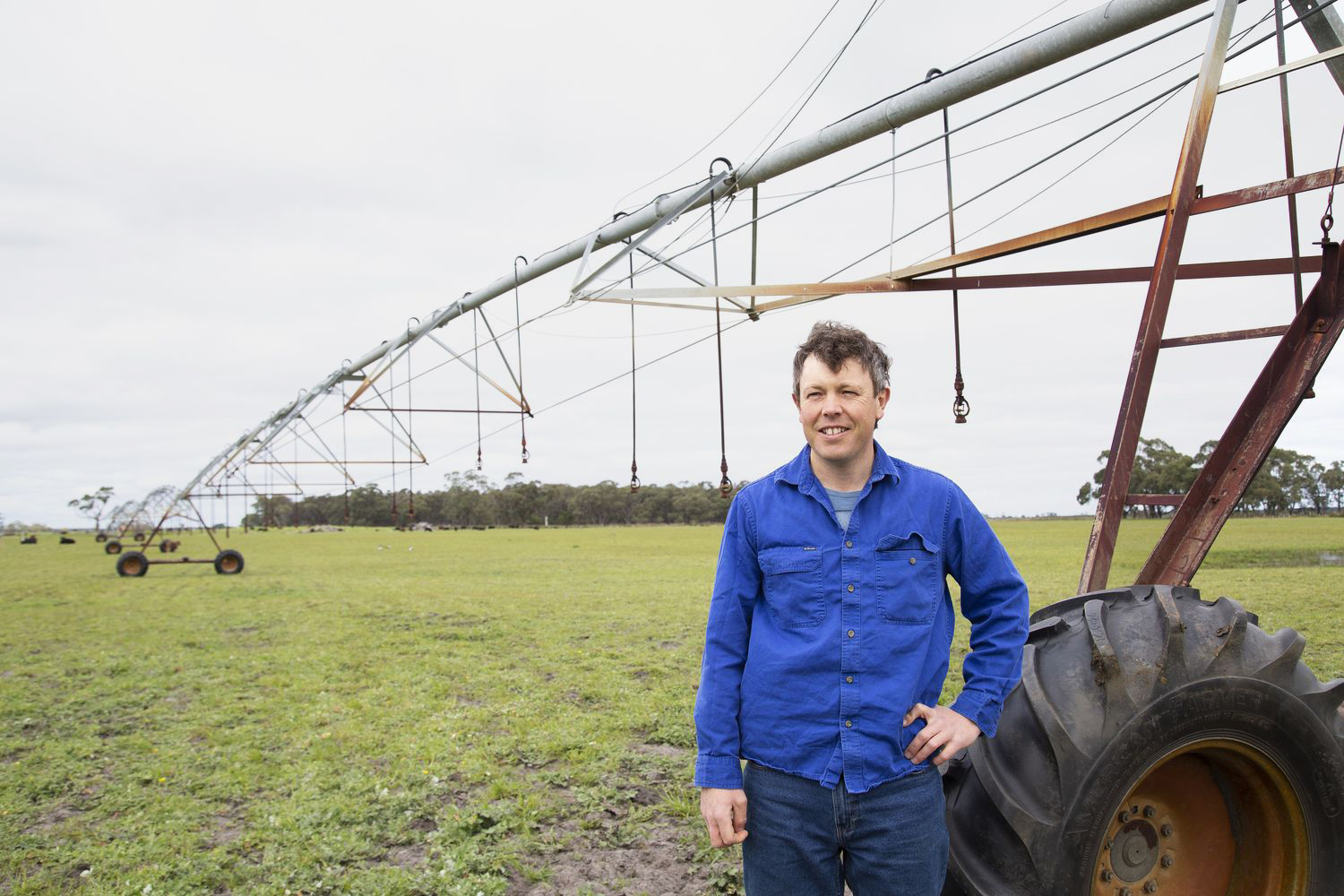 Dr Tegg had been leading a one-year, levy-funded research project that aimed to enhance the productivity and sustainability of Australia’s potato industry through improved soil health management practices. Hamish says the insights gained at his farm in south-west Victoria, 15km from the South Australian border, confirmed he and his wife Anita were on the right track.

“I’m not the best at reading long scientific articles but talking to a bloke like that for a couple of hours was magnificent just to bounce ideas around and find out what they’re researching and developing at the university,” he says.

“I probably learned more from him than he learned from me. Everyone does things a bit differently, so finding out what can be transferred to your area is always valuable.”

Hamish says many of Robert’s recommendations were already being implemented on the farm, such as building organic matter through the use of cover crops and/or pastures; quick remediation after harvest; reducing compaction; ripping soils while moist; and getting cover back on the paddock quickly.

Their chat also produced other revelations which featured in a short video. This video was an output of PT16003 – Navigating the wealth of soil health information and identification opportunities, a strategic levy investment under the Hort Innovation Fresh Potato and Potato Processing Funds.

"I'm not the best at reading long scientific articles, but talking to a bloke like that for a couple of hours was magnificent just to bounce ideas around ... Everyone does things a bit differently, so finding out what can be transferred to your area is always valuable."

Planting in late spring for an autumn harvest, Hamish grows 28 hectares of spuds – including crispers, chippers and fresh market – on a seven-year rotation using certified seed from Dowling AGRITech.

“We try and plant mostly in sand, to make harvest easier,” he says.

“If I was growing commercially, I could tighten up that rotation. But as I’m growing certified seed, it’s got to be spot on. The bigger the rotation, the better.”

Hamish adds that he will take Robert’s advice to try mustard as a cover crop “to inhibit the bad nematodes in the soil”, having learned a harsh lesson on cover cropping years back using a type of barley that may have hosted problem nematodes.

“I also had one year on a light sand soil that I had not cover cropped. All my potatoes were just about to emerge from the top of the hills, and this big north-west hot wind came and blew the hills away,” he says.

“Trying not to overwork the soils is one key. I always use sulfate of potash (SOP, or potassium sulfate). It’s far nicer on my soils. I don’t mind spending more on better fertiliser because I’ll reap the benefit in years to come. Also, I keep away from chlorides if at all possible and use a lot of soil conditioners to promote biological activity – good bugs as opposed to bad bugs,” Hamish says.

Hamish is using a range of in-field tools for optimal yields and plant health, including soil-moisture probes.

“Rather than going out and having a little dig and guessing at the soil moisture, we have this probe that’s mounted at different heights in the soil that connects to my mobile phone, which I find fantastic,” Hamish says.

“It helps make decisions on when to irrigate by looking at the weather forecast and how the soil moisture sits as of today.

“When it comes to plant health, my agronomist measures the different nutrient levels, in the plant sap. He tests the sap weekly in the crop and that gives you a snapshot of how the plant is looking on that day, which enables us to fertilise correctly.”

Dr Tegg recommended that future soil health research needs to focus on plant pathology, soil science, agronomy and engineering, with changes tracked over long periods. Following his participation in the project, Hamish encouraged more collaboration through hands-on visits to farms and tours by specialists in addition to other communications such as website and email updates.

Navigating the wealth of soil health information and identification opportunities has been funded by Hort Innovation using the fresh potato and potato processing research and development levies, co-investment from the Tasmanian Institute of Agriculture and contributions from the Australian Government.

This grower profile first appeared in Grower Success Stories, a levy-funded booklet published by AUSVEG to promote real results from levy investment, and was featured in the AUSVEG Weekly Update published 22 January 2019. If you’d like to subscribe to receive AUSVEG publications, use our online subscription form!