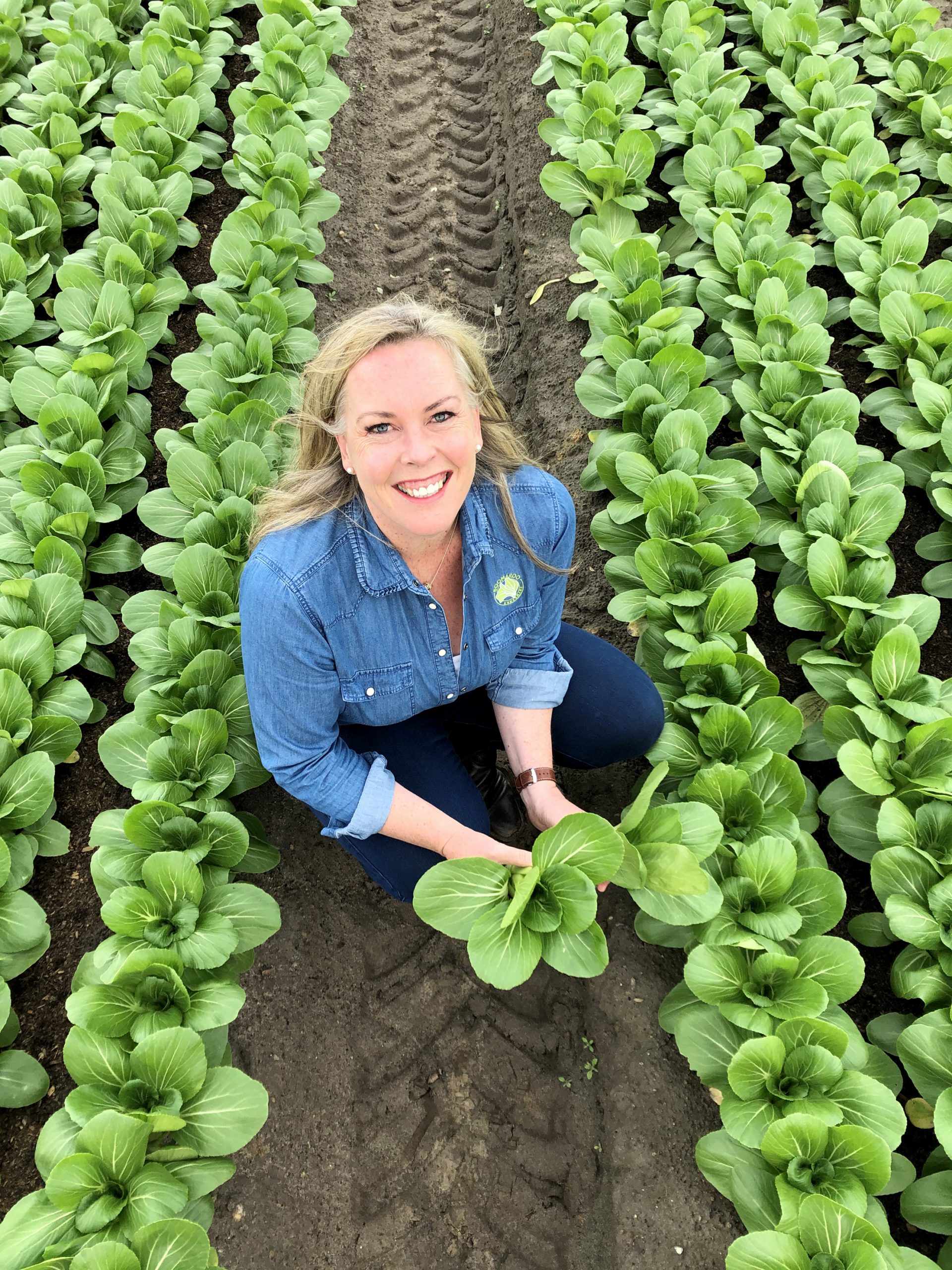 In this edition, Vegetables Australia sat down with Jo Van Niekerk from Boomaroo Nurseries to discuss her role in the business, the learning opportunities that have been provided – including a study tour to Europe in 2018 – and what she enjoys most about working in the Australian vegetable industry.

Managing key accounts and industry engagement at Boomaroo Nurseries makes Jo Van Niekerk one of the most recognisable faces in Victorian horticulture.

With its main nursery located in Lara, near Geelong, Boomaroo is a vegetable seedling producer that supplies close to 300 million seedlings to growers around Australia. The company has recently expanded its operations to Queensland, with a site in Southbrook, near Toowoomba. Upon completion of the remaining expansion stages, this site is expected to double the company’s capacity to 600 million seedlings to growers all over the eastern seaboard.

Jo’s role in the business is two-fold – firstly, managing the seedling needs of growers in Melbourne’s metropolitan region along with the Mornington Peninsula and eastern Victoria.

“This includes farm visits, program and variety discussions, facilitating and monitoring trials, and communication of deliveries to our growers,” Jo explained.

“I engage with peak industry bodies and supply chain partners; assist our marketing head with conferences, field days and other events; and generally keep in touch with market or processor contacts on anything that could benefit the needs of our customers,” Jo said.

Inspired by her family, Jo’s journey into horticulture began early.

“One of my grandfathers was a keen vegetable gardener and the other was a farmer in Tasmania, which sparked my early interest,” she said.

“After studying agricultural science at The University of Melbourne and working in flower nurseries in the United Kingdom for two years, I was drawn back into the local fresh produce industry.”

Upon her return Down Under, Jo worked in potting mix in Sydney and around Victoria before moving into fresh produce trading and marketing roles in Adelaide and Melbourne. She then joined Boomaroo.

“Working in the fresh produce industry always just felt like a natural fit for me,” Jo said.

In addition to her regular work requirements, Jo has recently devoted her time to represent Boomaroo in its support of the ‘Schools on Farms Program’. Led by AUSVEG VIC in partnership with the Stephanie Alexander Kitchen Garden Foundation and Boomaroo, the program has been created by vegetable growers for primary schools to facilitate farm access and receive a hands-on, real-life experience of working vegetable farms.

“Boomaroo has always supported local school vegetable garden programs. There are so many positives for the industry, the community and the children themselves from being involved, and we wanted to be a part of that from the start,” Jo said.

“There are many benefits to being involved in the program. The first is the promotion of the benefits of eating fresh fruit and vegetables to schoolchildren. Feedback from teachers and parents so far has been very encouraging, with kids trying new veggies, getting more involved with preparing lunches and the evening meal, and pestering their parents for more and different veggies to go into the supermarket trolley.

“I think the program will have more significance than ever now, with COVID-19 shining the spotlight on Australian farming and food security.”

“Working in the fresh produce industry always just felt like a natural fit for me."

Jo’s horticulture knowledge stems from formal training as well as learning from her peers, plus attending a variety of industry events, including Hort Connections and AUSVEG-facilitated workshops.

“I read a lot and I ask a lot of questions of senior staff at Boomaroo, as well as customers and industry partners. I also like to think I’m learning every day from every conversation I have with our growers,” Jo said.

“If you keep an open mind and open ears, you can learn an awful lot standing in a field of celery or lettuce talking to the grower and asking questions. If you think there’s nothing left for you to learn, it’s probably time to give it away!”

“There’s always some challenge to address, a program to tweak or an opportunity to explore. It doesn’t matter what crop they’re growing; the challenges are usually around the same theme. My job is to work out the best way to solve their problem or address their need and then coordinating with the broader Boomaroo team to achieve the best possible result,” she said.

Jo broadened her knowledge when she attended the 2018 Women’s Industry Leadership and Development Mission to France, Belgium and the Netherlands, which was a strategic levy investment under the Hort Innovation Vegetable Fund.

“We were so privileged to experience horticulture through a completely different lens. The study tour really opened my eyes to the contrast to Australian horticultural practices,” she said.

“The highlight for me personally was the friendships I made with other women on the tour, which continue to this day.”

Jo said she has become a much stronger advocate for the promotion of the Australian horticulture industry since her return, and she came back with a renewed appreciation for the Australian vegetable industry, its practices and its people.

“We have some of the cleanest produce and most efficient and resourceful growers in the world on our doorstep, and we should celebrate that,” she said.

Jo said that she’s now seeing more women represented in the horticulture industry than when she first started.

“Having said that, I’ve never been overly aware of being treated any differently in the marketplace or on farm – I’m just me, doing my job – and growers seem to respond positively to that,” she said.

“Boomaroo has been a promotor and sponsor of Women in Horticulture awards at both state and national levels for several years now. These initiatives are such great opportunities to recognise and shine a light on the incredible work women are doing in the industry every day.

“I would encourage any woman to go into the vegetable industry – there’s so much scope for learning and opportunity, and it’s so interesting and varied. You just have to ask lots of questions and be open to learning and be an advocate for other women just starting out on their journeys.”

Jo thoroughly enjoys working in the vegetable industry, and particularly engaging with those around her.

“I’ve been lucky to meet an amazing bunch of growers, marketers, agronomists and suppliers in this business – many I consider to be close friends. So many are generous with their time and their talents and are happy to share their experience and learnings for the betterment of the industry,” she said.

Jo is also proud that she can help vegetable growers achieve their goals, even if it is only in a small way.

“I think growers as a whole are a pretty humble lot – they just do what they do day in, day out, in their own quiet way. They don’t stop much to celebrate as they’re too busy moving on to the next challenge. I like to remind them how well they’ve done something, even if they won’t admit it,” Jo said.

At the time of writing, the world is facing the challenge of COVID-19 and Jo reflected about what this may mean for the Australian vegetable industry.

“I think the current situation facing the world has reminded everyone how fragile our way of life is, and how fundamental things like food security are to our country,” she said.

“Growers and their representatives are in a unique position to respond as a collective to the disruption facing us all right now and promote the industry at a time when people are listening like never before.

“It’s up to all of us to get behind our industry bodies and demand what we need to maintain a strong and agile industry, ready to meet the challenges ahead to keep on producing food for generations to come.”