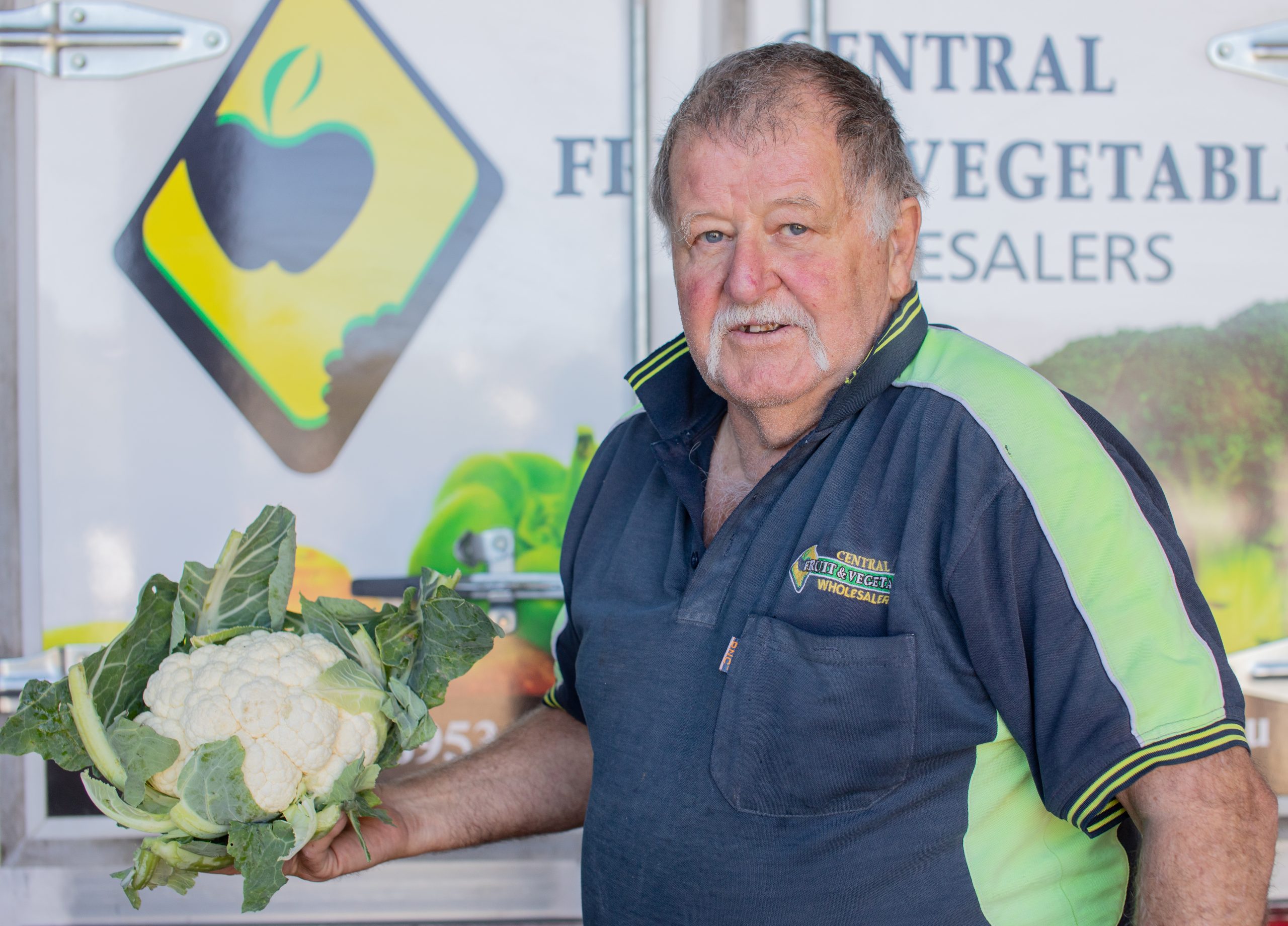 Moe McCosker: Overcoming barriers to produce in the Red Centre

Central Australia is not a place you would expect vegetable production to be taking place. However, for almost three decades Moe McCosker defied the doubters and overcame many challenges to successfully grow a range of vegetables in a hydroponic setting on his Alice Springs property. Michelle De’Lisle speaks to Moe about his horticultural journey, the issues he faced as a grower and his current venture.

Moe McCosker has ridden the highs and lows of horticultural production for over three decades. First as a grower in his right with his leafy green and Asian vegetable operation Territory Lettuce, and now as a manager of Central Fruit & Vegetable Wholesalers in Alice Springs.

Moe has been a trailblazer for growing vegetables in what is known as the ‘Red Centre.’ However, his path to vegetables wasn’t straightforward.

Moe arrived in the Northern Territory from country New South Wales in 1975, where he worked as a plumber while his wife Angela ran a florist shop in Alice Springs.

Moe’s career took a different turn in the early 1980s when he joined Angela in the retail industry when they purchased a second florist shop, before deciding to enter the world of horticulture and operate their own flower farm.

Later in the decade, the couple concluded that flower production wasn’t a viable proposition, so Moe switched his attention to growing hydroponic vegetables. In 1992, Territory Lettuce was born.

The McCoskers purchased a five-acre property in a new area of just out of Alice Springs and started building their hydroponics business.

“Initially we started off with about 20 tables, which was about 5,000 holes. We went through a lot of trials and tribulations – weather knocked us around in the first year or two. We didn’t quite understand the issues of fertiliser and what happens when things get too warm,” Moe says.

“We eventually overcame the weather challenges, and we started playing with cooling towers for our water. The water in Alice Springs is relatively hard, and in 1999, we put in a desalination unit, which made a big difference.

“Summer was never a good time for us. But for 9-10 months of the year, we were growing some really nice product, which we were selling into the local cafes and restaurants around town. Then we ended up getting a bit bigger.”

In about 2009, the McCoskers took over Central Fruit & Vegetable Wholesalers with a couple of other business partners. By this time, Territory Lettuce had up to about 200 tables and close to 100,000 holes.

“It was a fairly substantial little business,” Moe says.

Summer was never a good time for us. But for 9-10 months of the year, we were growing some really nice product, which we were selling into the local cafes and restaurants around town."

However, there were ongoing issues that Territory Lettuce faced, and these became more pronounced over time.

“We got to the stage where it just became too hard to deal with supermarkets, predominantly because of our geographical location. And being a small operation, the economy scale isn’t there to what you need it to be,” Moe explains.

“There were input costs and then getting our raw production into town was always a cost – way above anybody else’s in the capital cities or in metropolitan areas.”

The COVID-19 pandemic didn’t make things easier for Moe and his growing operation.

“It came to a situation where the business wasn’t viable. Add in the challenges of the last couple of years due to COVID – we got to the stage where we couldn’t compete with the prices from southern growers. Finding staff was also hard, so we bid farewell to growing commercially in Alice Springs,” Moe says.

Moe’s advice for anyone looking to take on the challenge of growing vegetables in Central Australia is simple: Do your research and understand your costs, such as water, freight and the probability of growing for a small market.

Closing Territory Lettuce wasn’t to be the end of Moe’s career in horticulture. Instead, he has thrown all his effort into building Central Fruit & Vegetable Wholesalers, which now employs 14 staff.

The business has its own premises comprising of up to 700 square metres of cool room facilities and brings stock in daily from the Adelaide Produce Markets.

“We source whatever we can locally within the Northern Territory, and we do bring a bit in from Queensland during good seasons,” Moe adds.

Being a fresh produce wholesaler in Central Australia invites different challenges. Moe’s business doesn’t just serve the population of Alice Springs, it makes deliveries to several the indigenous communities – and some of those can be seven or eight hundred kilometres from town.

This means those remote businesses need to get their orders in on-time or risk not having fresh produce for weeks.

“And if there are rains around, it can be 4-5 weeks before trucks can get into some of these communities and they have to air freight items in,” Moe says.

This occurred recently – heavy rain across outback South Australia in late January and early February impacted Moe’s business for a couple of weeks, with trucks unable to reach Alice Springs from Adelaide.

“The first week was the hardest. The truck left Adelaide as normal on Monday morning, got to Glendambo (about 590km north of Adelaide) and couldn’t go any further,” Moe says.

“They had to go another way, so what I ordered on Monday for Tuesday morning didn’t arrive until Friday afternoon.”

Central Fruit & Vegetable Wholesalers couldn’t deliver produce out to remote communities as they too were cut off by floodwaters. Some businesses chose to air fright produce, while others waited until stock was able to arrive.

At the time of writing, road freight was slowly returning to normal between South Australia and the Northern Territory.

“It’s just one of those things – once you’ve been in the industry for a number of years, you say, ‘oh well’ and grin and bear it,” Moe says.

Price of items can also be an issue for customers.

“A lot of people say, “you’re a bit expensive.” But I tend to buy top of the range products that I know are going to last those customers when they get out there to the remote communities,” Moe says.

“Most of these businesses only get a load once a fortnight. We’re trying to make sure they’re getting product that will last that time.”

Despite the many challenges, Moe is proud to have grown vegetables and his ongoing contribution to the Central Australian/Northern Territory horticulture industry is to be applauded.

“The most rewarding thing for me is the fact is that when I initially started growing vegetables, I was told it could not be done successfully. Well, I think I have proved that wrong,” Moe says.

“We were successful for a lot of years. And now, with the wholesale side of things – we’ve built a nice little nest egg for my wife and children, which makes anybody feel happy.”

This industry member profile first appeared in the leading magazine for the Australian vegetable industry, Vegetables Australia. If you’d like to subscribe to receive a new edition of Vegetables Australia in your mailbox every three months, email communications@ausveg.com.au. Please include your postal address.