Over the last decade, AUSVEG has recognised the leading female members of the Australian horticulture industry who have demonstrated outstanding ability and success in their chosen fields.

Those who have received the Women in Horticulture award continue to inspire and influence the industry, and it recognises the key role that women play in ensuring Australian horticulture continues to be a strong contributor to the country’s agricultural sector.

In Vegetables Australia – Summer 2020/21, Michelle De’Lisle speaks to four horticulture industry members who received one of the industry’s highest accolades from the National Awards for Excellence, which is held each year at Hort Connections (formerly known as the National Horticulture Convention).

Belinda Adams, Deborah Corrigan, Rachel Mackenzie and Sharron Windolf share what has changed since they received their awards as well as what they’re doing today, and their plans for the future. Keep your eye out for next edition of the magazine, with more profiles to come.

Sharron Windolf is another familiar face of Queensland horticulture, and in 2016 she was recognised for her contribution to the industry at a business and personal level.

Over four years ago, Sharron took home the Women in Horticulture accolade at the National Horticulture Convention.

“It was nice to be recognised by the industry as being actively involved in not only our business but community as well,” Sharron says.

Since winning the award, Sharron has continued to be involved in a range of industry bodies, which she says is a rewarding experience.

“I’m still pretty actively involved in our local grower group, which provides a great source to learn, network and give back to the industry,” Sharron says.

A highlight of Sharron’s horticulture career occurred in 2018, when she participated in the AUSVEG-led Women’s Industry Leadership and Development Mission.

“To say I learnt a lot would be an understatement. The tour was a wonderful learning experience, and I built knowledge and friendship networks that I will continue to draw on,” Sharron says.

“I am very thankful that the levies we all pay go to help fund growers to participate in these amazing international grower tours.” 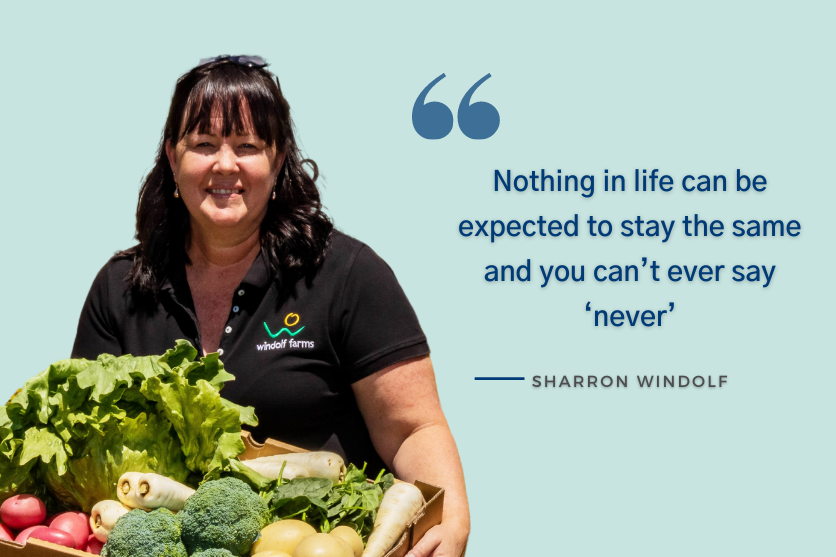 Sharron continues to be passionate about the vegetable industry and ensuring it, along with Windolf Farms, remains sustainable into the future.

“It is vital that growers have the mechanism to engage with other growers and industry, as well as networks to enable further knowledge around the research and development occurring,” she says.

“Right now, we need to ensure that there are enough people in the industry. It is a fantastic industry with some wonderful people involved.

“I have met some lifelong friends through involvement in the industry. Being involved in such a fundamentally essential business that provides food is extremely rewarding.”

Sharron shares what she has learnt about the vegetable industry since winning the Women in Horticulture award.

“Nothing in life can be expected to stay the same and you can’t ever say ‘never’,” she says.

“Always be open to change. This year especially has shown us the effect of change. You just have to face the challenges and embrace opportunities that change may bring, and base decisions on what is best for your business.” 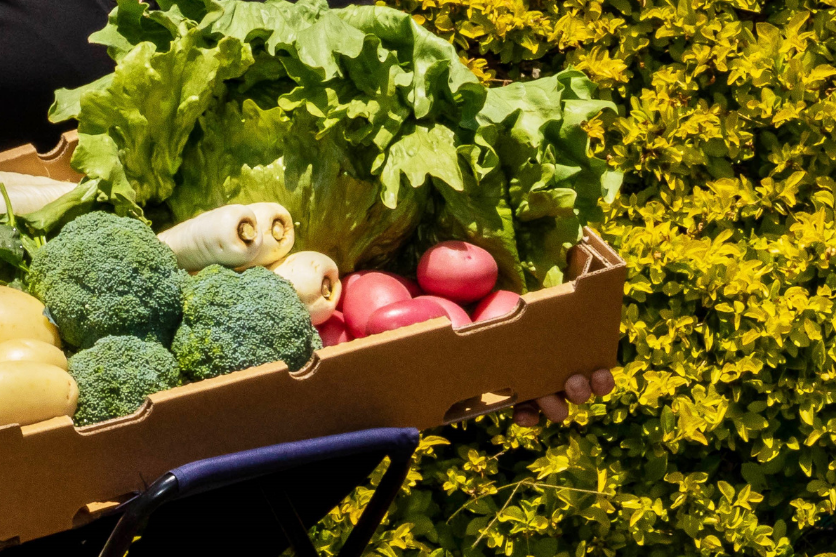 Click on each name to read the stories of three other previous Women in Horticulture award winners: Belinda Adams, Deborah Corrigan and Rachel Mackenzie.

This article features in the summer 2020 edition of Vegetables Australia. Click here to read the full publication.

Hort Connections 2021 will be held from 7-9 June 2021 at the Brisbane Convention and Exhibition Centre, and early bird registrations are now open.

More details around the event will be released in the coming months. For more information or to register, please visit the Hort Connections website.