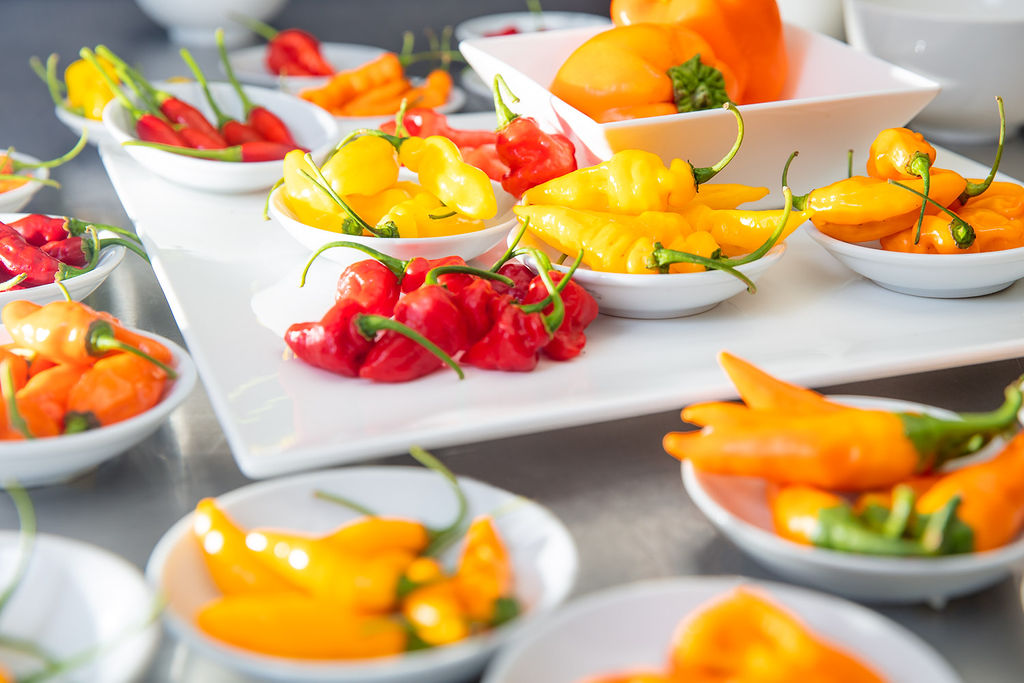 It has been shown that education around the benefits of healthy eating does not necessarily lead to consumers eating more fruit and vegetables. To address this issue, the Naturally Nutritious project investigated the potential to increase the nutrient density of a range of fruit and vegetables, such that increased nutritional benefit would be possible without necessarily having to increase intake. Vegetables Australia has published excerpts from the project’s final report, collated by Project Lead Tim O’Hare from the University of Queensland, in collaboration with Hort Innovation and the Department of Agriculture and Fisheries in Queensland.

Over the course of five years, the Naturally Nutritious project investigated the health benefits of a range of fruit, vegetables, and nuts.

The project aimed to capitalise on the already existing knowledge that fruits, vegetables and nuts are good for you, and to explore the possibilities of further enhancing their health benefits through increasing their nutrient density.

A wide range of fruit, vegetables, and nuts presently exist; and within each of these, numerous varieties also exist with a huge diversity in their nutrient content. Some of these nutrients are linked to the colour of the fruit or vegetable, while others are much less obvious.

The project aimed to document the range of specific nutrients, and to determine if it is possible to further enhance these levels through targeted breeding programs. The Naturally Nutritious project also investigated which fruit, vegetables and nuts make you eat less by making you feel full, and those that keep you feeling full for longer.

Vegetables on the menu

Among the vegetable components of the project was purple sweet corn. Purple sweet corn is non-GMO and has been naturally developed from combining the sweet flavour of sweet corn with Peruvian purple maize, a traditional food of Peru (and the Incan Empire). It tastes very similar to standard yellow or white sweet corn, with an additional slight raspberry undertone, but has a very different appearance, being purple with a white centre.

The purple sweet corn contains a pigment called anthocyanin, which has been linked to lowering blood pressure and cholesterol levels. While normal yellow sweet corn does not contain this pigment, it does contain lutein and zeaxanthin, which are important for macular degeneration, a very different health issue.

From the initial consumer focus group, purple sweet corn was generally approved of as a novel product, with an overwhelmingly positive response from consumers. It is considered that education regarding the nutritional benefits of purple sweetcorn would be also important for consumers. From the feedback, purple sweetcorn could be sold at a premium price point – akin to pomegranate.

Among all the reasons behind blindness in people in Australia, studies have showed that age-related macular degeneration (AMD) is the leading cause. The macula of the eye is the central region of the retina that we use for reading, driving, recognising faces, thus the degeneration of the macula leads to debilitating ‘central’ blindness.

Zeaxanthin and lutein are carotenoid pigments derived from plants that we absorb from our food to form protective macular pigments. They play a protective role in shielding the retina from light damage and reducing the progression of AMD.

A comparative analysis of different fruits and vegetables identified orange capsicums as the richest source of zeaxanthin by far. One capsicum (typically 300 grams) was found to contain zeaxanthin levels equivalent to greater than 30 supplement tablets, with two milligrams of zeaxanthin the daily recommended dose. Some varieties of orange were found to contain less zeaxanthin, while some contained more.

A consumer focus group study was conducted to evaluate the consumer acceptance of orange capsicums bio-fortified with zeaxanthin. The focus groups involved discussions with young professionals, couples with children, and empty nesters.

Overall, the concept of orange capsicums – biofortified with zeaxanthin – was well-received across the different demographic groups. Consumers were attracted by the vibrant orange colour and indicated that they would purchase them to try, based on the visual appeal. The health benefit of zeaxanthin was more appealing to the empty nester older demographic group, who were aware and concerned about macular degeneration.

Although orange capsicum cultivars are presently available to growers, the lack of orange capsicums on the market is largely a decision by larger supermarkets, in which the orange capsicum are just seen as another colour of capsicum. It is possible that yellow capsicums (that do not contain zeaxanthin) may be currently preferred to orange capsicums, possibly due to a larger visual colour difference to red and green capsicums – although this has not been confirmed.

In glasshouse-grown environments, the decision of growers to grow or not grow orange capsicums is based largely on market demand. For field-grown capsicums, the price of seed becomes an important factor, with seed of red cultivars being significantly cheaper than orange capsicums.

Based on the discussions with the vegetable industry, there is a need for natural preservation solutions that are environmentally friendly for storage life extension of fresh-cut capsicum. A storage period of more than one week for fresh-cut capsicum is attractive for industry adoption.

A pilot study for shelf-life extension of fresh-cut capsicums using plant extracts indicated that the natural plant extracts used were very effective as an antimicrobial preservation solution. Plus, there was significant reduction of microbial counts during the two-week storage period at chilled temperature. Undertaking full-scale commercialisation with an industry partner will need further trials for scale up and validation at factory premises.

Taken together, the large body of data obtained from the Naturally Nutritious project can be summarised into a number of key messages that could be used to promote the nutritional value of horticulture products in general or specific crops in particular:

These findings led to a number of identifiable industry opportunities:

The final report for this project has been made available on InfoVeg. Click here to read it.

Naturally Nutritious has been funded by the Hort Frontiers Health, Nutrition and Food Safety Fund, part of the Hort Frontiers strategic partnership initiative developed by Hort Innovation, with co-investment from the University of Queensland and contributions from the Australian Government.